We reported last week that some 12.9-inch iPad Pro owners have been unhappy with the device's all-new Liquid Retina XDR Mini-LED display. Mini-LED brings contrast ratio and black levels that rival OLEDs while delivering an unmatched maximum brightness of 1,600 nits.

However, every technology has its downsides, and with Mini-LED, it's display blooming. The 12.9-inch iPad Pro has 5.6 million pixels but only around 2,500 dimming zones. So instead of per-pixel control over backlighting, there can be a noticeable halo effect or "blooming" around text or other light-colored images on a screen. Not all iPad Pro users have complained about blooming, and it doesn't appear that all devices exhibit the phenomena to the same degree.

A new report from ETNews alleges that Apple could be one and done with Mini-LED on the iPad Pro. The publication indicates that Apple has already lined up Samsung to produce OLED panels for the iPad family. The transition will reportedly start next year, and all iPad models will complete the move by 2023. 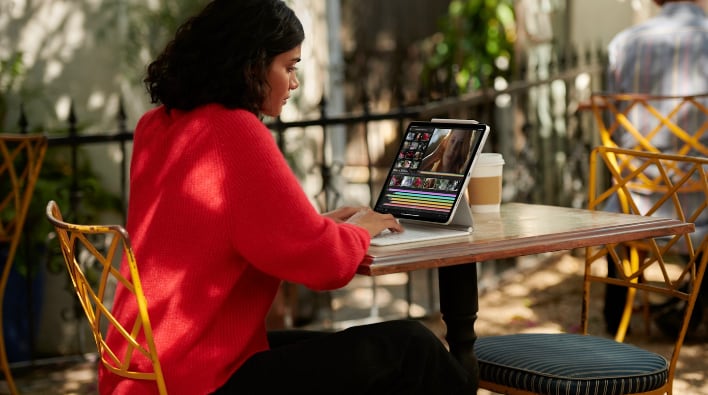 While this move is possible, we do have a few reservations about this report. OLED displays aren't exactly cheap, and outfitting the entire iPad range from the iPad mini/iPad to the iPad Air and iPad Pro would be expensive. It would most certainly result in price increases across the board for customers.

Finally, if the entire iPad family is to switch to OLED, how exactly will Apple be able to replicate the 1,000 nits sustained brightness and 1,600 nits maximum brightness of the current Liquid Retina XDR display? Such a move would put Apple in a difficult position and require quite a bit of gymnastics from the marketing team.

We should, of course, take this latest report with a grain of salt, but it's not entirely out of the realm of possibility. After all, Apple has already made the OLED switch with iPhones (albeit with much smaller display panels than what you find on tablets) and with the Apple Watch.