How do you get an iPhone user to switch over to Android? Well if you are Samsung, you could try sending them a free Galaxy handset. Of course, that would get expensive in a hurry, and quite frankly, is not going to happen. So, Samsung has come up with a different, more economical stunt—it's offering up a free web-based demonstration that turns iPhone handsets into a simulated Galaxy device.
I gave it a test run myself, as you can see in the photo above. At first glance, it appears to be a Galaxy phone, but look closer and you will see an it is an iPhone XS Max. How did Samsung pull it off? The company's team in New Zealand concocted the demonstration, which you can try out yourself by directing Safari to Samsung's iTest website.
Once there, the site prompts you to add the web app demonstration to your home screen in order to "sample the other side." 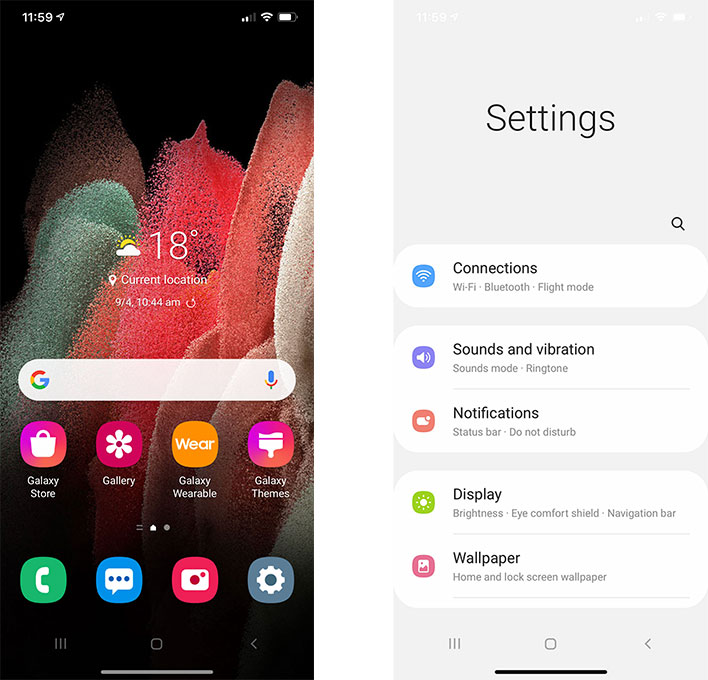 "You're about to get a little taste of Samsung without changing phones. We can't replicate every function, but you should quickly see that there's nothing daunting about switching to the other side. Watch out for text messages with hints on the best stuff to check out," Samsung says.
To be clear, this does not actually turn you iPhone into a Galaxy handset—while it may look like one with the web app running, everything is simulated. You can tap on the different icons and navigate the menus like an actual Galaxy phone, and in addition to receiving hints via fake text messages, you're apt to receive a simulated phone call or two as well. 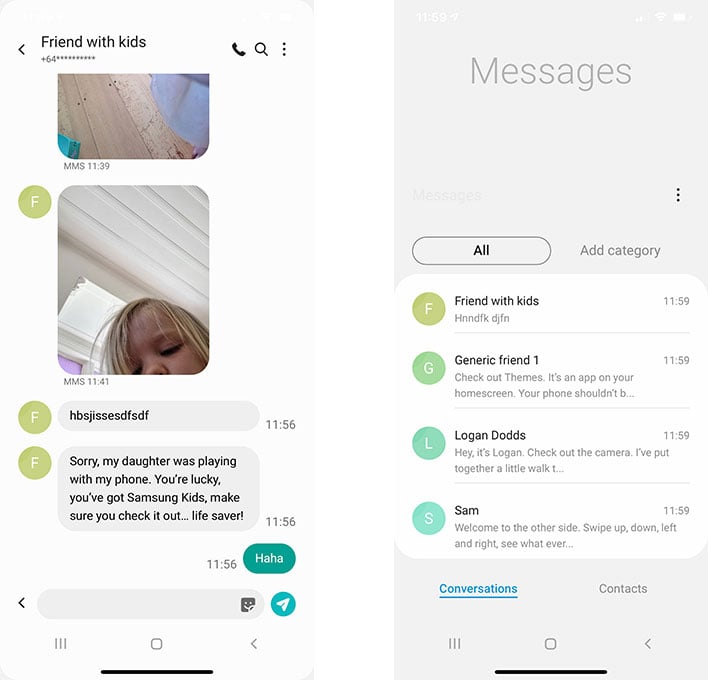 There's plenty of humor sprinkled in, and overall Samsung actually did a good job at presenting an actual phone experience through a web app demo. For example, I received a series of gibberish text messages (like "Hjdnks" and "seodoijfsef"), followed by photos that look like they were taken by a child.
"Sorry, my daughter was playing with my phone. You're lucky, you've got Samsung Kids, make sure you check it out... life saver!," a follow-up text message reads.
You can reply, and in return you'll receive more gibberish. And if you open up the camera app, Instagram user Logan Dodds appears to walk you through the user interface and different capabilities available to Galaxy owners.
The demo only runs so deep. If you muck around Settings, you'll eventually run into a message that reads, "We've simplified the settings menu experience, just so our developers could have a lunch break." Well played, Samsung.
It's a clever effort, I'll give Samsung that much. But no, I won't be switching back to Android, in case anyone is wondering.