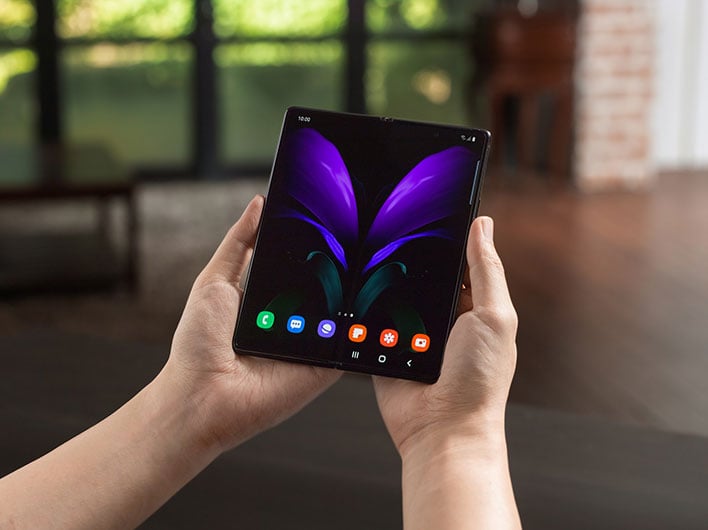 Bop it, twist it, fold it? Among the trends of folding phones, Samsung could be entering the folding phone foray once more. New rumors are floating about that Samsung has a “3rd foldable family member” in the chamber next year as the Z Fold S with a flexible OLED screen and a 360-degree hinge.

Back in August, we reported on a possible budget line of folding phones from Samsung, but now it seems some new rumors are afoot. Twitter user @folduniverse dug into the rumors of this new folding phone from Samsung in his tweet below.

It has got 360° hinge that enables outfold and infold and works similarly like the Surface Duo.

However, the big difference between the devices is the rumored flexible OLED screen on the Z Fold S. Instead of two screens, such as on the Surface Duo, the Z Fold S would just have one. Before these rumors, Samsung has had issues with durability and longevity with singular screens that fold. Perhaps Samsung has improved the technology, but the Surface Duo could take the lead with its two screens being more robust. Ultimately, though, we cannot pass judgment until the devices are out in the wild, so we will wait until then.

It is speculated that these devices will be launching around the same time frame, so Microsoft and Samsung will likely be going head to head on who can make a better device. Will it be Samsung who has had issues with folding devices in the past, or Microsoft who will enter the arena with limited experience and others' knowledge? Hopefully, we will get to take a look at these devices in 2021, so you can decide which is the better folding phone.