One of the big trends for smartphones has been minimize bezels so that the display take up nearly the entire front of the smartphone. The problem with that trend is that it left nowhere for the front selfie camera. Apple turned to the notch to give a place to put the selfie camera and required Face ID sensors, while other manufacturers like Samsung turned to a hole-punch display. New renders have leaked that claim to show a future Samsung Galaxy smartphone that has a pop-up selfie camera.

If these renders are accurate, Samsung certainly wouldn't be the first to use a pop-up selfie camera. The device also isn't the first time Samsung has used a mechanized selfie camera on its smartphones. Samsung's Galaxy A80 features a camera that rotates from the front to the back. 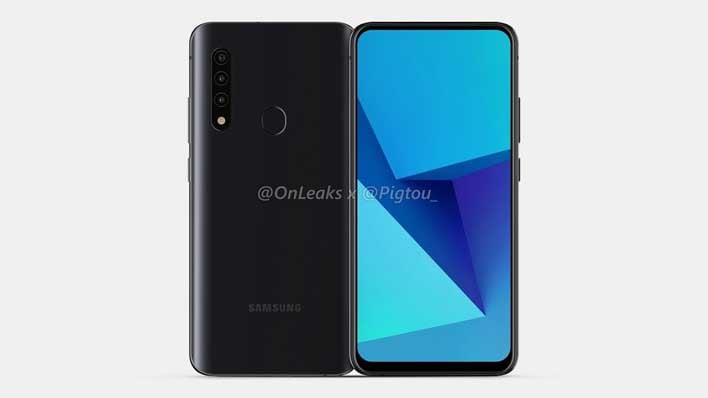 The camera array is a three-sensor unit of unknown resolution. While the sides and the top of the rendering show a screen that has essentially no bezels, the bottom does have a slightly thicker bezel. Presumably, the slightly thicker bottom bezel is to give a place for the microphone and perhaps other front sensors that are typically fitted to modern smartphones. 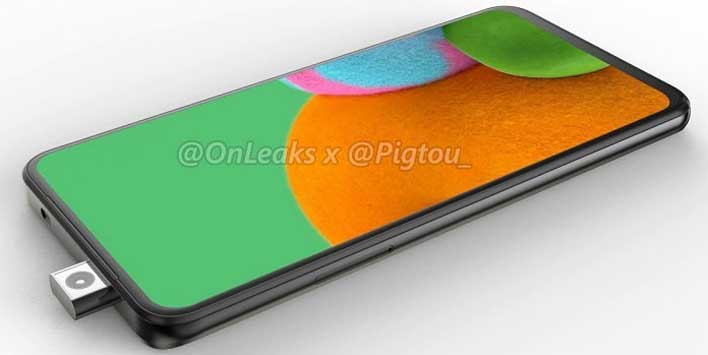 It does appear that the smartphone is thicker than some current designs to allow for that pop-up camera. Other features of the device tipped in the leak include that it uses a USB Type-C port and includes an IR blaster. There is no 3.5mm headphone port noted in the render, and the display is said to be a 6.5-inch unit.

In other Samsung news, bad news for Galaxy S20 Ultra owners turned up last week when we learned that Samsung might not be able to fix the auto-focus issues with the camera on the Ultra using software.