Though we are still quite some time from the launch of any new flagship Galaxy smartphone, some leaks have sprung from the Samsung well. Earlier this week, we heard about the new Galaxy S22 Ultra and how it may take over the role of the Galaxy Note line. Now, we have some renders of this alleged new device, and it looks rather interesting.

Akin to some previous Galaxy devices, the Galaxy S22 Ultra is slated to have plenty of storage and the latest Qualcomm processor, potentially the Snapdragon 898, which has been the subject of many rumors. Further, the Galaxy S22 Ultra is expected to feature a 6.8-inch curved AMOLED display, likely with a 120Hz refresh rate. With a screen that size, the whole device is rumored to measure 163.2 x 77.9 x 8.9mm with a thickness of 10.5mm, including the camera bump, which takes us to one of the more interesting and contentious pieces of this leak. 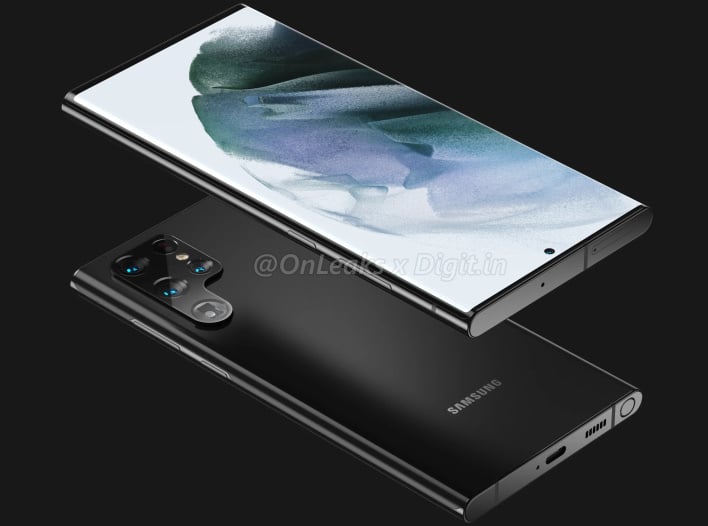 The S22 Ultra render, reported by Digit, features a rather odd camera housing for five cameras. You will find a standard two-by-two layout on the rear, but the fifth camera droops below so that the entire camera bump is shaped like the letter ‘P.’ However, prominent leaker Ice Universe believes that this camera layout is unreasonable due to comparisons drawn between the renders and the design of the S21 Ultra. 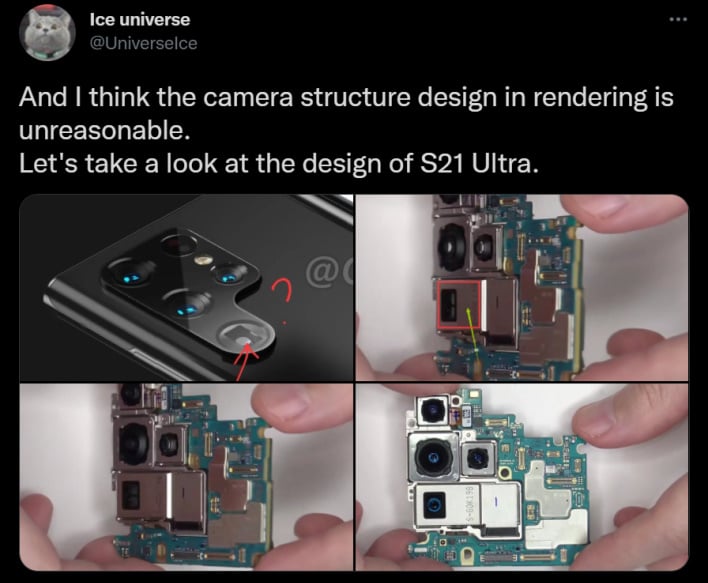 Besides this one oddity, though, the rest of the phone looks strikingly similar to the Note series and is clean in appearance (including what looks to be a silo for the S Pen). In any event, hopefully, Samsung will have more details for us in January or February if the company sticks to its most recent launch schedule. Thus, stay tuned to HotHardware for updates on the new Galaxy lineup, and let us know what you think of these renders in the comments below.