Following up on our Galaxy S22 hands-on first look at Samsung's newest flagships, which the company unveiled during its Galaxy Unpacked event last week, we've been putting the two higher end SKUs through their paces. We'll have a full review with benchmarks and analysis later this week. In the meantime, we wanted to share a few sample photos we snapped with the Galaxy S22 Ultra and Galaxy S22+, because after all, camera performance is paramount to the mobile experience these days.

Update, 2/18 11:42 AM ET - Be sure to check out our full deep-drive review of the new Galaxy S22 Ultra and S22+, which is now live!
We're focused on the rear camera arrangements here, which on the Galaxy S22 Ultra consists of a 108-megapixel wide-angle main shooter (f/2.2, 85-degree FoV), a 12-megapixel ultra-wide lens (f/2.2, 120-degree FoV), a 10-megapixel left telephoto lens (f/4.9, 11-degree FoV) with a 10x optical zoom and 100x Space zoom, and a 10-megapixel right telephoto camera (f/2.4, 36-degree FoV) with a 3x optical zoom.
Samsung supplemented the robust camera configuration with a laser autofocus to assist the 108-megapixel lens with taking clear photos, and an LED flash.
On the Galaxy S22+, Samsung opted for a 50-megapixel wide-angle camera (f/1.8, 85-degree FoV) for primary shooting chores, along with a 12-megapixel ultra-wide-angle camera (f/2.2, 120-degree FoV) and a 10-megapixel telephoto lens (f/2.4) with a 3x optical zoom and 30x Space zoom.
Samsung is not in the habit of naming the specific sensors it uses, though we were able to confirm that yes, the Galaxy S22 Ultra does have a newer generation sensor compared to the Galaxy S21 Ultra, despite having the same specifications. So in theory, along with algorithm tweaks and other upgrades, it should be take even better photos than the previous gen model. Does it actually? Let's have a look... 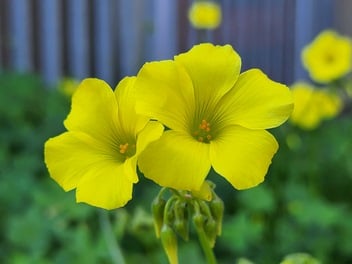 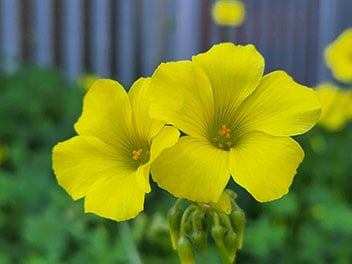 Macro photography can be especially challenging for smartphone cameras, and can expose deficiencies in a sensor's ability to capture fine grain details. On the flip side, macro shots can also highlight a smartphone camera's competence bringing out details in extreme closeups, as is the case with both the Galaxy S22 Ultra and Galaxy S22+.
Both phones do an excellent job bringing the Bermuda buttercup in clear view while applying an appropriate amount of blur to the background. And the vibrant color of the yellow petals shines through on both shots. As expected, the details are a touch more crisp in the Galaxy S22 Ultra photo, particularly around the edges of the petals. But both phones produce outstanding results here.
Now let's look at some zoomed shots... 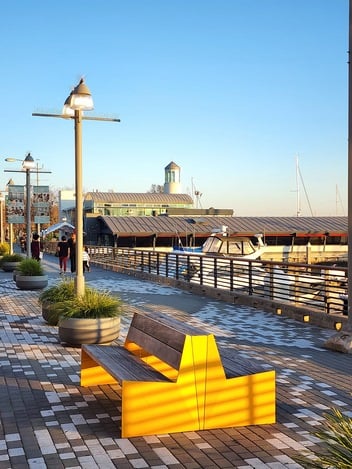 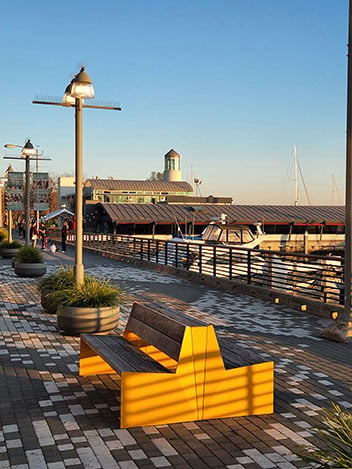 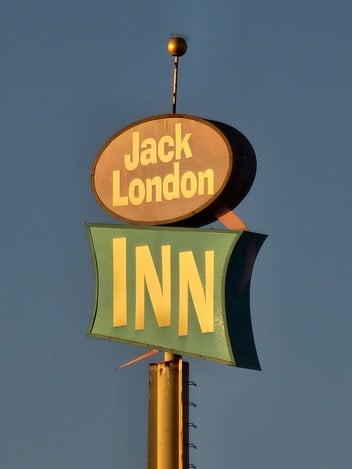 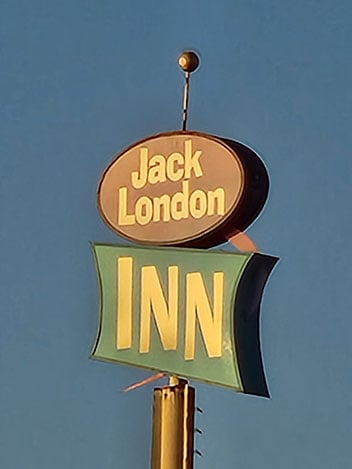 Here again we see some wonderful shots taken with both phones, this time at a 30x zoom. Note that the Galaxy S22 Ultra is using a 10x optical and 3x digital for the 30x zoom shots, whereas the Galaxy S22+ is using a 3x optical and 10x digital.
Looking at the harbor shot, the Galaxy S22 Ultra snapped a noticeably brighter photo, which brings out more of the colors. This blue sky and tiles in shades of gray are especially more vibrant, as are other parts of the photo. However, the resulting shot from the Galaxy S22+, while darker overall, still looks great. And depending on your preference, either image can easily be fine-tuned in post processing (note that we have not altered any of this photos, other than what occurs through compression).
In the Jack London Inn photos, the sign is highly legible in both photos, albeit with distinctly less artifacting from the Galaxy S22 Ultra's camera arrangement and that sweet 10x optical telephoto lens. 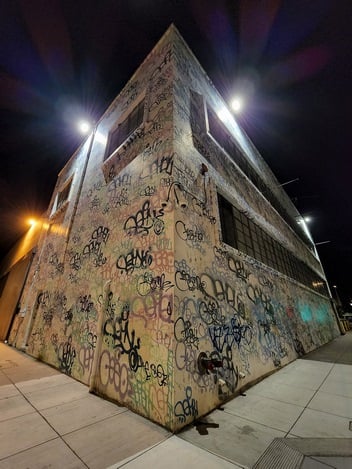 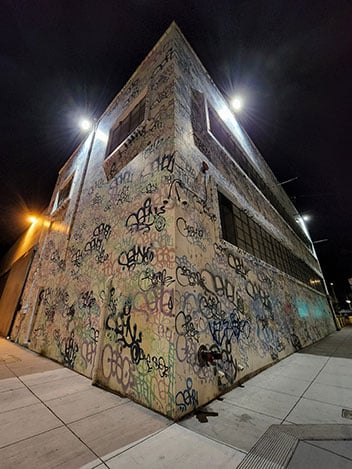 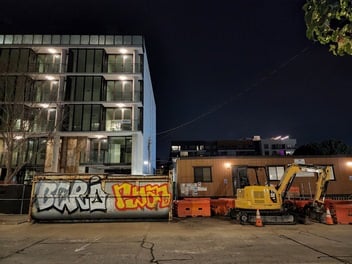 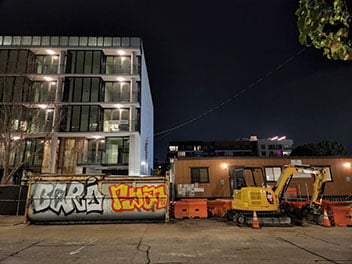 Shown above are ultra-wide and night shot comparisons between the tow. Starting with the ultra-wide, take your pic (heh) on which you prefer, the slightly darkened tones of the Galaxy S22 Ultra or the ever-so-slightly lighter Galaxy S22+. There's a bit more bloom in the former, though that's probably from the angle of the shot.
Both phones excel at nighttime photography, which is another challenging area for smartphone cameras. Thankfully this is an area phone makers have been focusing on recent times, including Samsung, and it shows in these shots. The lighting is obviously less than ideal here, yet both phones snapped clear photos. And as expected, the image is a bit sharper on the Galaxy S22 Ultra. 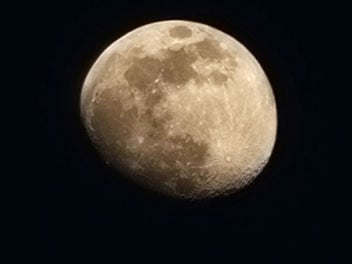 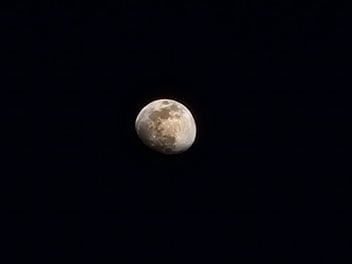 If you fancy yourself an astronomer, you're going to love the Space zoom feature on both phones. The Galaxy S22 Ultra gets you markedly closer to celestial objects with its 100x Space zoom, while the Galaxy S22+ offers a respectable 30x Space zoom.
These last two photos of the Moon highlight the difference between the two. You'll notice that there's a little bit of blur in the Galaxy S22 Ultra  photo. We're not surprised here—a 100x zoom is a lot of ask of a smartphone. That said, a little post processing can sharpen the image right up. Even with out, that's an impressive capture of an object that is nearly 239,000 miles away from Earth.
Same can be said of the Galaxy S22+. It doesn't get us quite as close, but that's a heck of a snapshot from a rock in space.
Stay tuned, as we'll have more photos and lots of analysis when we post our Galaxy S22 Ultra and Galaxy S22+ review later this week!