One thing that's clear from looking at the renderings is that the device looks very much like the regular Galaxy S20. The FE features a hole punch front camera and three camera sensors on the rear. Samsung uses a screen measuring between 6.4 and 6.5-inches that has slight curves on the left and right edges with a 120Hz refresh. 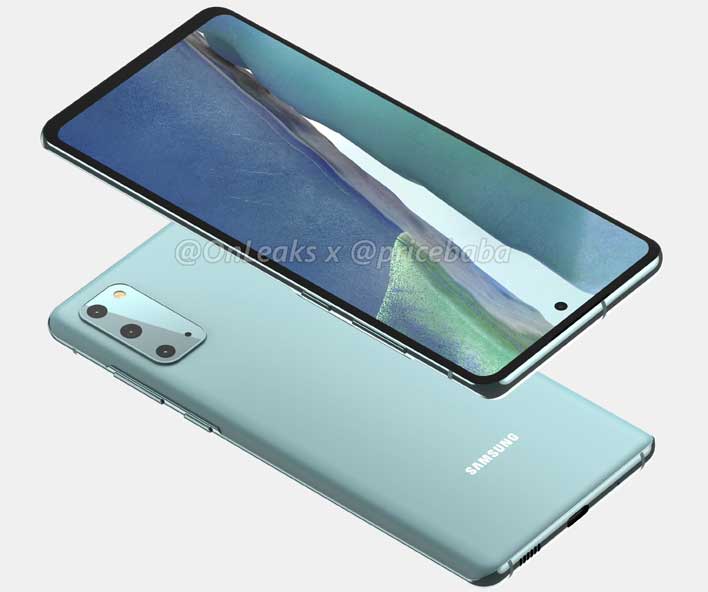 The rear of the device is expected to be made from a matte finished plastic with the edges made from a shiny metal. Almost all smartphones are destined to be placed inside cases of some sort, but shiny metal tends to not stand up well to daily use, typically ending up with a myriad of scratches on the surface. Dimensions are approximately 161 x 73 x 8mm.

The trio of rear cameras are located in the top left corner along with a LED flash and microphone. Buttons for power and volume are on the left side with a USB-C port, microphone, and speaker on the bottom edge. There is no 3.5 mm headphone jack, and the lack of a fingerprint scanner on the back or side suggests Samsung is using an in-display fingerprint reader like the rest of the S20 line. 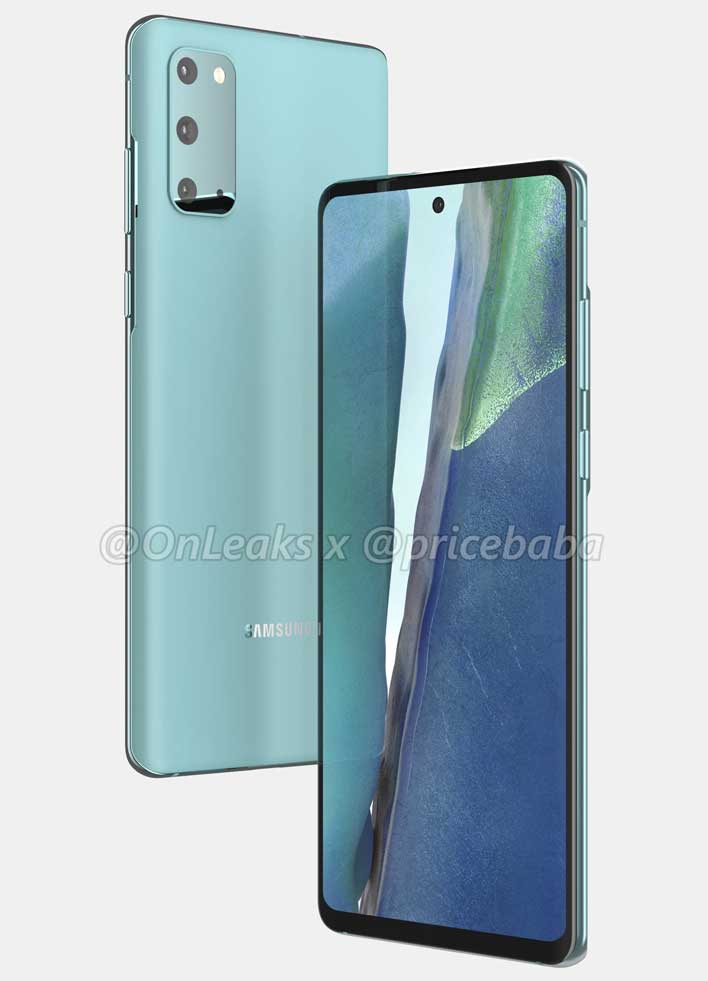 Other rumors suggest that the S20 FE 5G will use a Snapdragon 865 chipset. Geekbench results have confirmed the chipset will be paired with 6 GB of RAM, and Android 10 will be the operating system. A version using 8 GB of RAM is expected with storage capacities up to 512 GB.

The trio of camera sensors is expected to feature a 12MP Sony IMX555 primary sensor, 12MP ultra-wide sensor, and 8MP telephoto lens with 3x optical zoom. The front camera is a 32MP unit, and the phone is said to feature IP68 certification. Rumors suggest the phone will be priced at around $750 and launch in October. We've already seen the standard Galaxy S20 discounted down to $750 with a $300 discount.