Roku has released its earnings report for the last quarter of 2019, and the company did very well, exceeding expectations. The earnings report says that the company brought in $1.1 billion in revenue for the full year of 2019. The company also says that it reinforced its position as America's number one TV streaming platform (measured by hours streamed).

Roku notes that 2019 was a big year for TV streaming with a "massive" shift of the TV ecosystem that gained momentum. In the earnings report, the company said that it believes that investing incremental gross profit in 2020 to extend its strategic advantage positions it for the decade ahead is key. Highlights from the earnings report include that the company added 9.8 million incremental active accounts to reach 36.9 million at the end of the year. Streaming hours increased by 16.3 billion hours year-over-year to reach 40.3 billion. The average revenue for Roku per user increased to $23.14, a gain of $5.19 year-over-year. Roku also more than doubled its monetized video ad impressions in 2019. Another interesting metric is that for the full year, nearly one in three smart TVs sold in the U.S. were Roku TVs. 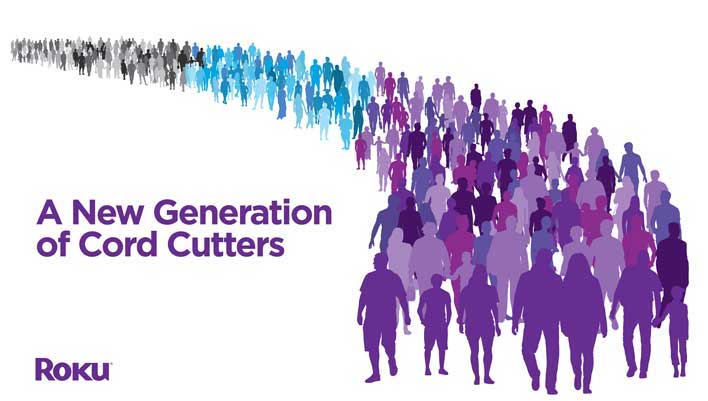 Key investments in 2020 include advertising investments, as Roku says that advertising is in the early stages of moving to streaming. It will invest in the Roku TV platform, which is an OS that helps make TV brands more successful. It will also invest in international expansion and its Roku channel. Roku also notes that its video ads are the backbone of its ad sales with brands like Disney and Energizer taking advantage of the platform.

Roku also boldly predicted that by 2024, roughly half of all U.S. TV households will have cut the cord or will have never signed up for traditional pay TV. The company believes that while streaming went mainstream during the last decade, we have entered the decade where the world will choose streaming as the primary way of viewing TV. The streaming service claimed last year that 60 million cord cutters were going to leave pay TV over the next five years.