Is Resident Evil 8 Suddenly Crashing On Your PC? It's Not Just You

It's been well over a year since Resident Evil 8 Village was released. There have been a few small DLC content releases and plans for an additional story called Shadows of Rose. Capcom has also released a number of general updates and patches as any developer will do. Unfortunately, the latest patch issued on October 13, 2022 is crashing the game for some users.

The developers have stated, though, that they are aware of the issue and are working to roll out another patch as quickly as possible. In the meantime, there may be another way to reliably delight in the horror of the Village. 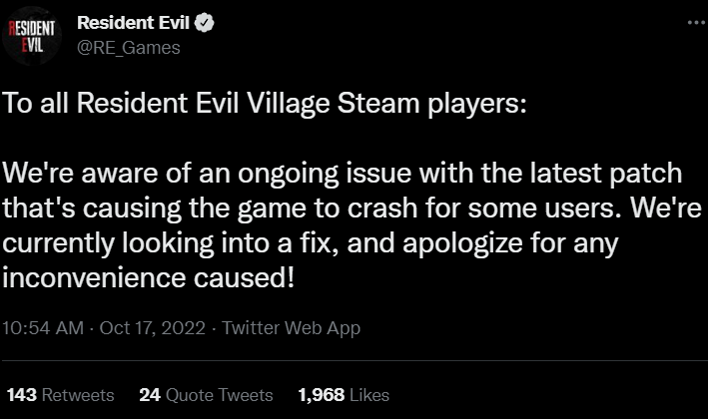 A Steam User going by FluffyQuack has posted up a short guide on something that might resolve the issue over on the Steam Forums for the game. It seems like a simple enough process, but we'll go through it here for you too. The workaround involves downloading REFramework which allows for modding and scripting of RE Engine based games. The project is managed by praydog over on GitHub.
The user who posted this up thinks that the issue lies with a certain DLC conflicting with anti-tamper code believed to be added with the patch, and the REFramework bypasses these checks. FluffyQuack is uncertain of this though, as Capcom's patch notes only state the following. 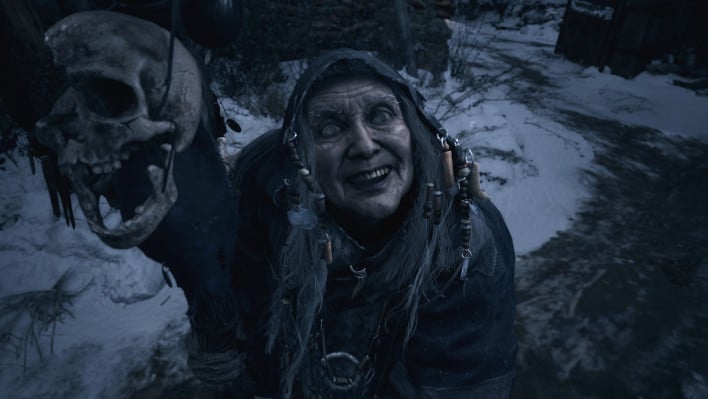 
Modding games is a pretty long standing tradition in the PC gaming world, we hope that the assumption of tamper prevention by FluffyQuack is untrue. It's not like we haven't seen developers try to stop mods before, though. We just have to hope this isn't what Capcom is trying to do, and hopefully a patch allowing the game to work more stably even with mods will release soon.