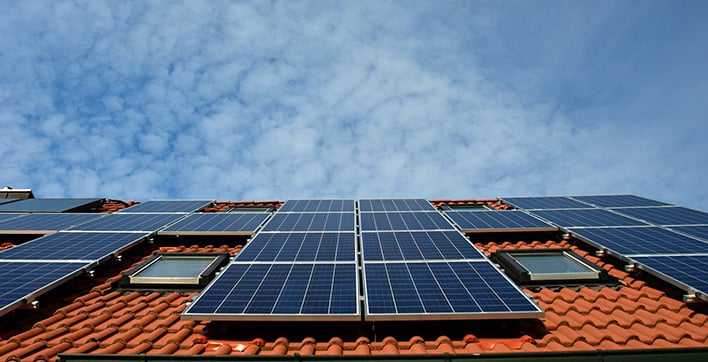 By their design, solar power panels do their clean work during the day, catching rays of light from the sun and converting it into electricity. It is a clean, renewable energy source, and it can save on electricity bills, too. But have you heard of an anti-solar panel? It does not return energy back to the sun, but collects energy in the darkness of night. Say what!?
it is a novel design that is outlined in a paper published by Optics Express, and picked up by Science Alert. In the paper, scientists Lingling Fan, Wei Li, Weiliang Jin, Meir Orenstein, and Shanhui Fan describe a "systematic optimization of nighttime thermoelectric power generation system utilizing radiating cooling." Sounds fancy, but it basically boils down to using the heat from solar panels.
Solar panels heat up as they collect sunshine. At night, the paper posits pointing the solar panels towards space, and then leveraging the heat that radiates outward in the form of infrared light. Or as the paper puts it, radiative cooling.
"This system combines radiative cooling and thermoelectric power generation and operates at night when solar energy harvesting is unavailable. The thermoelectric power generator (TEG) itself covers less than 1 percent of the system footprint area when achieving this optimal power generation, showing economic feasibility," the scientists wrote.
According to the paper, the system they outline can generate 2.2 watts per square meter, and do it without an battery for an external power source. And while this is not the first attempt at harvest energy at night, it is apparently far more effective (it produces around 120 times more energy).
"We showed that we can achieve performance close to that of the thermodynamic limit set by the Carnot heat engine. This result is significantly higher than the previous reported results and points to the potential applicability of harvesting electrical power at night," the scientists added.
It is not clear how close or far away this is to becoming widespread, though there is interest in the subject. The study itself was funded by the US Department of Energy.