Etch A Sketch is one of those toys nearly everyone had, but almost no one was good at using. Perhaps that was just me, as art is not my forte and it took a lot of coordination to use the thing. Regardless, it seems Reddit user /r/BenB116 was pretty fond of Etch A Sketch back in the day, as he built a massive working one powered by a Raspberry Pi and a TV, and it is pretty awesome. 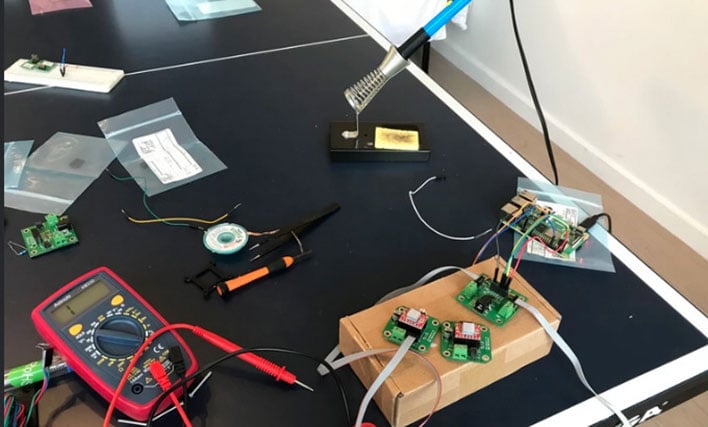 BenB116 seems to be a skilled maker, as he has created his own aluminum long board and an electric guitar as well. His latest creation, the enormous Etch A Sketch, appears to be quite the project compared to the others, though. Ben states that it took around a year and a half of on and off work to complete the entire thing. What’s more is that, aside from the TV which he already owned, it cost only around an estimated $500-$600 to build. If the price fits your budget, the project brings together skills in coding, building, engineering, and other fields to create an amazing product.

After it was made, he mounted the whole thing to the wall. If anyone went to his house and was halfway decent with the device and drawing, they could use the two knobs on the Etch A Sketch frame to draw whatever they like. However, if not, there is an automated process by which Ben can upload an image, and the Raspberry Pi will draw the picture and rotate the knobs with stepper motors as if someone is controlling it. Freaking awesome, eh? 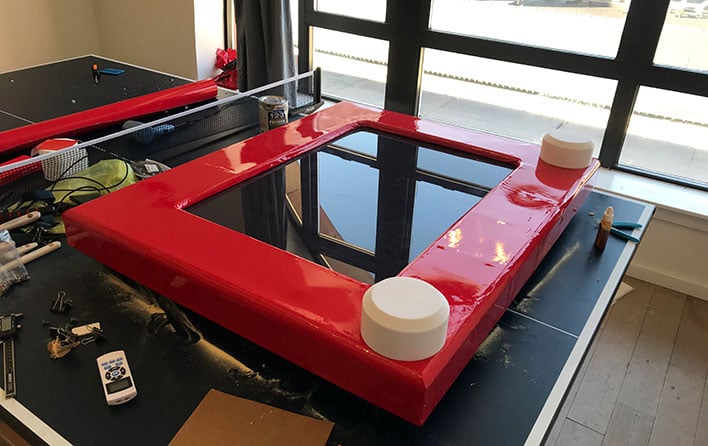 Overall, this is an incredibly cool project, and Ben was kind enough to publish the source files for his work, should you want to replicate it. Again, it will set you back around $600 or more, but that may be worth it to have a slice of nostalgia and the coolest of artwork in your home.