Verizon announced an Android-based handheld collaboration with Razer and Qualcomm during the Mobile World Congress keynote yesterday. The new gaming handheld will be officially unveiled at RazerCon on October 15, 2022.

The handheld gaming arena is quickly getting more congested, as more and more companies announce new devices. Logitech announced its own handheld device last week, the G CLOUD Gaming Handheld. The latest entry is a collaboration between Verizon, Razer and Qualcomm. The Razer Edge 5G is touted as being the world's first 5G mobile gaming handheld built on the Snapdragon G3X Gen 1 Gaming Platform. 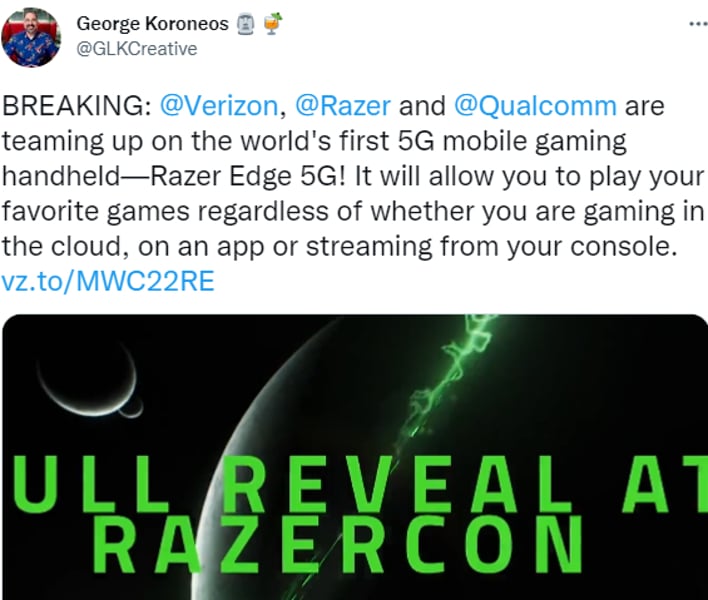 Verizon says that the Android gaming device will give players access to games they love, whether they want to download and play locally, stream from your console, or access games directly from the cloud. This will all be made possible via Verizon's 5G Ultra Wideband network.

The Edge 5G will be based on Qualcomm's Snapdragon G3x Gen 1 Gaming Platform, and could be fashioned after the Razer-designed dev kit that was announced around the same time earlier this year. The dev kit featured a 6.65-inch OLED, 120Hz screen, a built-in 1080p webcam, and a four-way speaker system. The image below is another shot of the dev kit from earlier this year. 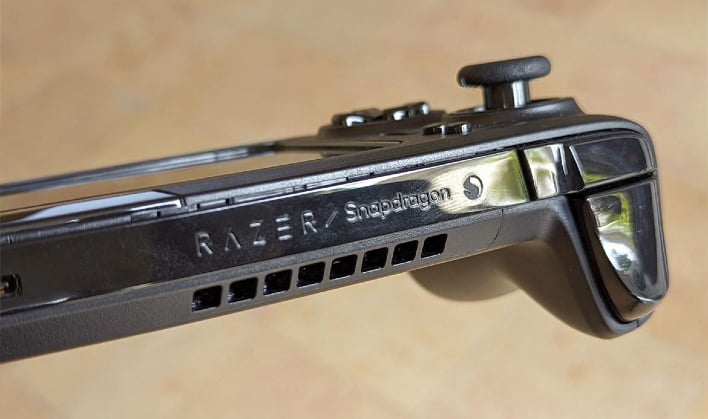 The teaser trailer does not give away too many details about the upcoming device. It shows shots of the left side of the device, a glance of the screen, and a longer view of the L2 trigger. The device in the teaser trailer does appear to be a slimmed down version of the devkit variant, but there is not much more than can be deduced at this point. You can check out the teaser video by clicking on the tweet image above.

Depending on price, this could be a hard sell. Many mobile gamers already play via their smartphones, so it will be interesting to see how Razer and Verizon have made the Edge 5G something that will convince gamers to spend money on yet another device. We won't have to wait much longer to find out, as more details will be given at RazerCon on October 15, 2022.