Razer Blade 14 Owners Treated To A Free USB Speed Upgrade, Here's How To Get It

If you currently own a 2022 Razer Blade 14 laptop, Razer is upgrading your USB-C ports to support the latest and greatest USB4 via a firmware update. Consider this an early Christmas present!

It is usually unheard of that ports on sold laptops can be improved after the fact. However, according to Razer spokesperson Gilberto Williams-Gamboa, this upgrade is possible due to an early decision to pre-bake the capability into the laptop's hardware. He stated that “the existing hardware already resident in the Blade 14 is capable of supporting USB4, but the feature was not initially present due to software limitations. Those limitations have been resolved, hence a firmware update is all that is required to leverage the full USB4 standard.” 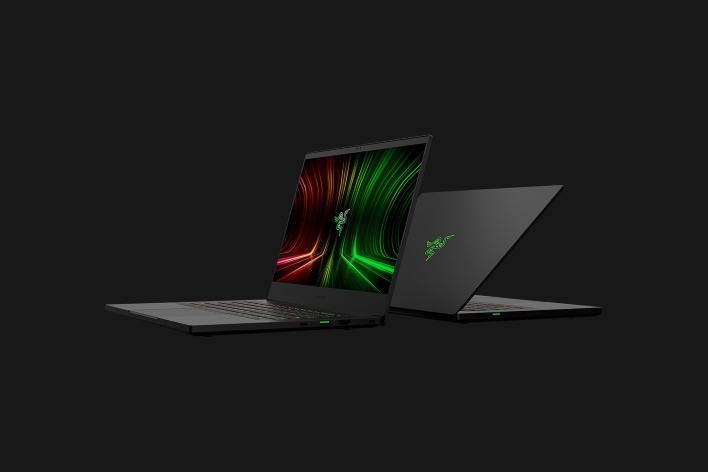 Currently, the spec sheet on $2,800 Razer Blade 14 is listed with two USB-C 3.2 Gen 2 ports with support for Power Delivery and Display Port 1.4. The max rated speed of 20 Gbps limits the type of peripherals it can be connected to. With this upgrade (which is also part of AMD's new support for USB4), the ports can handle 40 Gbps each. Razer claims greater peripheral compatibility, including support for Thunderbolt 4 docks, external graphics card (eGPU) units, faster SSDs, as well as daisy-chaining multiple 4K monitors.

Through this firmware upgrade, the company has also activated another dormant feature - the Microsoft Pluton security processor (available only on Ryzen-powered machines). The processor is specifically designed to prevent CPU-based attacks that could compromise the laptop.

If you plan on upgrading the ports on your Razer Blade 14 (remember, this is for 2022 models only), check out Razer's support page for steps on how to figure out system eligibility. According to the site, there might the possibility that you will need to contact Razer Support directly to initiate the upgrade. In our opinion, it's a small hurdle to obtain a big hardware boost to your laptop.