Back in 2020, Amazon announced the Echo Frames, a pair of glasses with the power of the Alexa digital assistant that could be heard through the earpieces. Now, Razer is entering the ring with its own rendition of the technology called the Anzu Smart Glasses.


According to Razer, these glasses are “lifestyle eyewear with built-in headphones for immersive audio.” In general, the Razer Anzu glasses look more or less the same as the Echo Frames, but with some key differences, such as the option of blue light filtering or polarized sunglass lenses. Razer claims that the blue light lenses can filter up to 35% while the polarized lenses option provided 99% UVA and UVB protection. 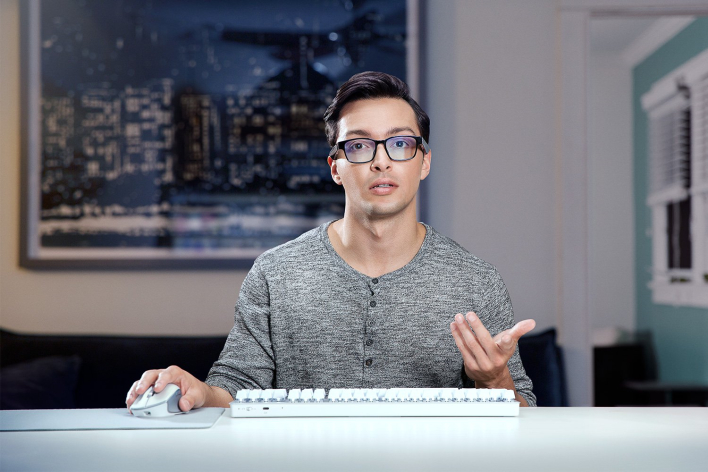 As for the audio aspect of these glasses, they feature an open-ear design allowing audio and the world around the wearer to be heard at the same time. Furthermore, Razer claims to have an “industry-leading 60ms low latency Bluetooth connection,” which allows for a high-quality audio experience. If a wearer decides to take a call, there is a discreet omnidirectional microphone to pick up the wearer's voice, which should benefit from the low latency.

The Anzu glasses also tout that they are touch-enabled, which allows a wearer to change the music, volume, or activate their smartphone assistant. The only real disappointment about these glasses is that they will only last around five hours, though that should be plenty for “long gaming sessions,” or chatting with coworkers on a Zoom call. In any case, if you get sweaty during the long gaming session or are caught in the rain, at least the glasses are IPX4 water-resistant, which is nice.

Ultimately, this is a bit of an odd product to come from Razer; it doesn't even have RGB lightning! On the other hand, these glasses undercut Amazon by $50 at just $199.99, so it will be interesting to see if they're a hit with consumers. Let us know what you think of the Razer Anzu smart glasses in the comments below.