There’s a new Raspberry Pi-powered creation out there that just might make a golfer out of me, if only for the coolness factor. Maker Nick O’Hara has taken a Raspberry Pi, an air compressor, and his ingenuity to create a robot golf caddy that launches clubs to you on command.

O’Hara designed the robot golf caddy for a professional golfer, Rick Shiels, who happens to be a fan of the engineer’s work. O’Hara even flew the golf bag all the way to England to deliver and test it. Poor weather thwarted their hopes of testing the creation on a proper golf course, so they made due with a driving range. The results were still fairly impressive and, at times, hilarious.

O’Hara is the same engineer who created a Guitar Hero-playing robot, so this wasn’t his first robotics project. Nor was it his first Raspberry Pi creation.

The Raspberry Pi 4B providing the brains runs custom software, naturally. It allows voice recognition, so you can just tell it which club you want and wow your friends as the Gatlin-gun-looking tubes rotate until the correct club is lined up and launched to your waiting hands. 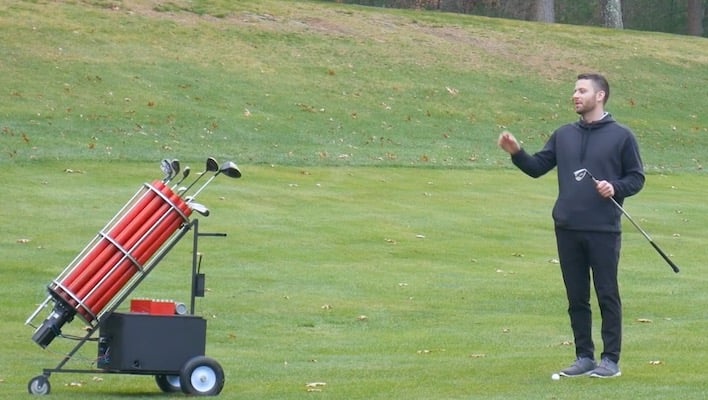 As if that weren’t enough, O’Hara has programmed the Pi’s software to recommend the right club for every shot. When he instructs the Raspberry Pi how far is shot is, the inclination (steeply uphill in his example), and wind conditions, it recommends how far to shoot for and what club to use.

In the video, O’Hara shows off some of the build process behind the project. He identified a motor just powerful enough to rotate the clubs, but found that the rotation was inaccurate. To accommodate that, he uses a microswitch that clicks every time a club passes. Rather than try to rotate a certain number of degrees, the Pi counts the clicks to select the appropriate club. 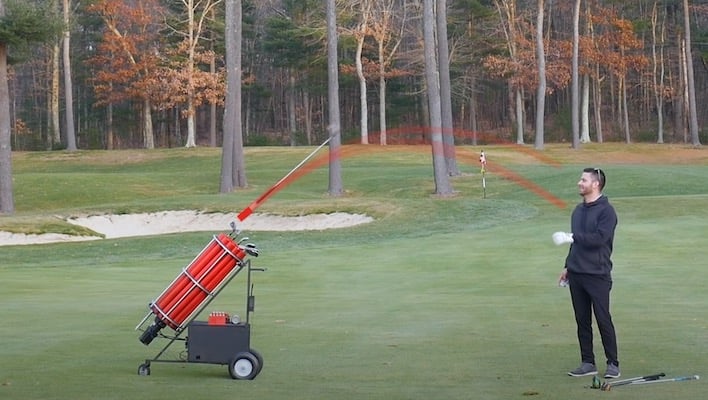 Lest you fear the clubs might rattle around and smash into each other, O’Hara 3D-printed custom parts to make sure they all stay aligned in one direction. This also helps ensure consistency as the air compressor launches the clubs. As you can see above, they pretty much follow the same trajectory each time.