If you ever owned a Nintendo GameCube console, you probably played Star Fox Adventures, a launch title that raked in tens of millions of dollars in the United States alone. The game's roots, however, trace back to a title called Dinosaur Planet, a 3D action-adventure title that developer Rare had intended to launch on the Nintendo 64 game console. It never came out in its original form, but a playable build has leaked to the web.
Perhaps somewhere in an alternate universe, Dinosaur Planet launched as Rare's final game for the Nintendo 64, utilizing the system's Expansion Pak, which effectively doubled the console's main system memory from 4MB to 8MB. And in that alternate universe, it shipped on what would have been the most capacious N64 cartridge ever offered (512 megabits, or 64 megabytes). 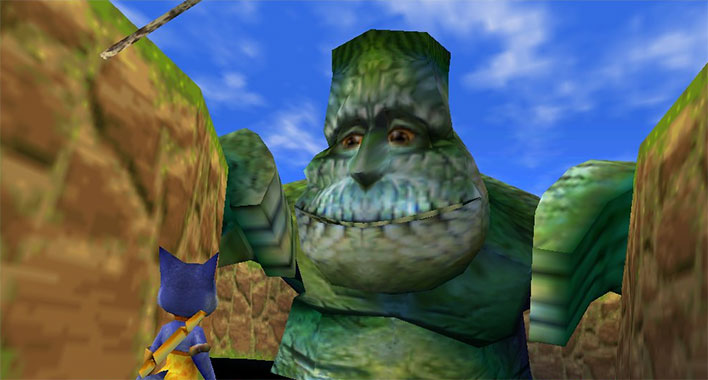 Things went a little differently in this universe, however, as towards the end of development, Nintendo decided to transition the game over to the GameCube. Nintendo also wanted to incorporate its Fox McCloud character into the game, and change the name to Star Fox Adventures. According to a NintendoLife article from 2006, the decision was not well received by all involved, in part because it entailed rewriting the plot and other elements. But that was Nintendo's decision to make.
"I don’t know for sure where the idea originally came from, but I definitely heard it mentioned that Miyamoto-san had suggested it. Of course we were slightly disappointed at having to change Dinosaur Planet as we had all become so attached to it, but we could also see the potential of using the Star Fox license," Phil Tossell, Dinosaur Planet's lead software engineer, told the site. 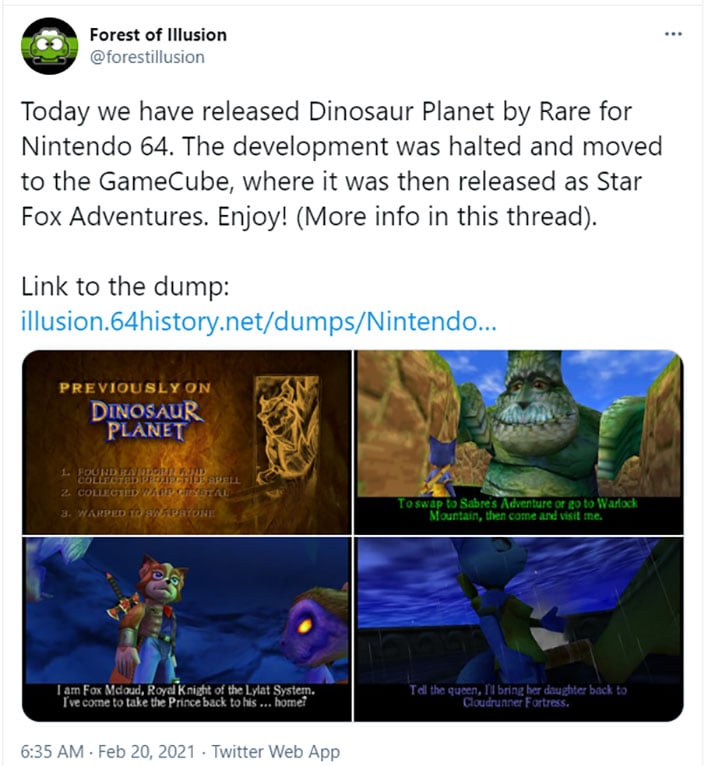 As originally conceived, Dinosaur Planet never saw the light of day as an official release. However, there are apparently early builds out there, one of which Forest of Illusion, a Nintendo games history and preservation outfit, obtained from a private game collector in Sweden.
"The file data lists the build as being from December 1st, 2000. It seems to be quite a late build of the game which is great, but it will need some hacking to be fully playable to the end," Forest of Illusion explained on Twitter. 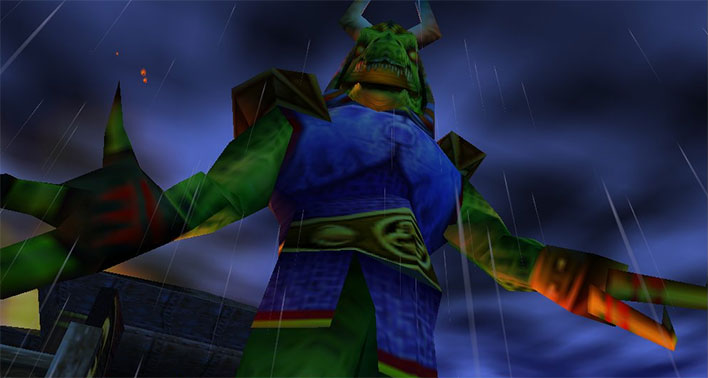 They also dumped the contents online for anyone to download. However, they note "the game will currently not run 100 percent on any emulator." Users who attempt to give it a go can expect "many graphical issues with shadows and lighting," along with performance hiccups in some spots. "It should however, work perfectly fine with flashcarts," Forest of Illusion says.
Further evidence that the leaked build is a later one in development, the game's main character is Fox McCloud instead of Sabre, the latter of which was to be featured in the Dinosaur Planet. So it seems that a transition to the GameCube had already begun at this point.
In any event, this is a big win for game historians and Nintendo fans.