Cryptocurrency mining has played a role in the GPU shortage that has been plaguing gamers for a while now trying to upgrade their own PCs. Now it seems crypto miners are feeling the pain of trying to get a GPU too, and some are targeting a particular AMD CPU for its large L3 cache.

There is a plethora of cryptocurrencies currently available. Raptoreum launched earlier this year based on the GhostRider algorithm. GhostRider is a combination of Cryptonite and x16r algorithms with a few significant changes that make it prefer a large L3 cache. This is why miners are now targeting AMD Ryzen CPUs, and the 5000 and 3000 series in particular.

The largest L3 cache allotments are found in AMD's Ryzen Threadripper chips and EPYC 7742, but these are not easy to come by. So miners have turned to the Ryzen 9 5000 and 3000 series CPUs. The Ryzen 9 3900x has only 12 cores, but miners are more apt to buy it over the 3950x or 5950x because it has similar performance ratings and is cheaper. 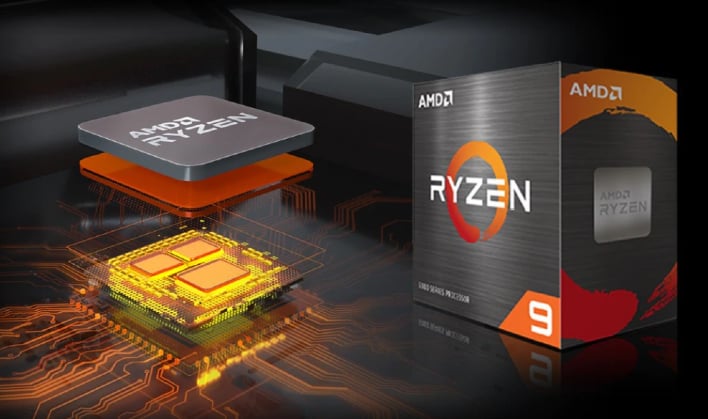 With the shortages in GPUs and perhaps CPUs to follow, miners are having to find new ways and new things to mine in order to make a profit. As of right now the CPU market is stable and some prices are even dropping, probably for the holiday season. The lower prices could see miners gobbling up AMD Ryzen chips through Thanksgiving and after, but it would take a very large appetite to make a serious dent in supply. Especially as many may await the arrival of Ryzen's 3D V-Cache that will deliver even more cache for miners to utilize.

There is no doubt that gamers are hoping miners and Raptoreum do not start impacting CPU supplies anytime soon. The long and dreary wait for a GPU upgrade is enough unto itself, without adding another critical component of a PC to the list of impossible to find. For right now it is not an issue. Here's hoping it stays that way.