It's been a few years since Qualcomm introduced its first Snapdragon 8cx compute platform to usher in the era of always on, always connected Windows on Arm laptops. Then came the Snapdragon 8cx Gen 2 last year with a faster foundation and increased capabilities, and now Qualcomm is expanding its portfolio with the upgraded Snapdragon 8cx Gen 3, as well as a bolstered Snapdragon 7c+ Gen 3 chipset.
As you might expect, Qualcomm is billing the Snapdragon 8cx Gen 3 as its "most powerful and efficient connected platform" to date for Windows PCs. Incidentally, it's also technically the world's first 5-nanometer platform for the PC, though we won't get into the nuances of nodes and comparing transistor designs between Arm and x86 solutions. 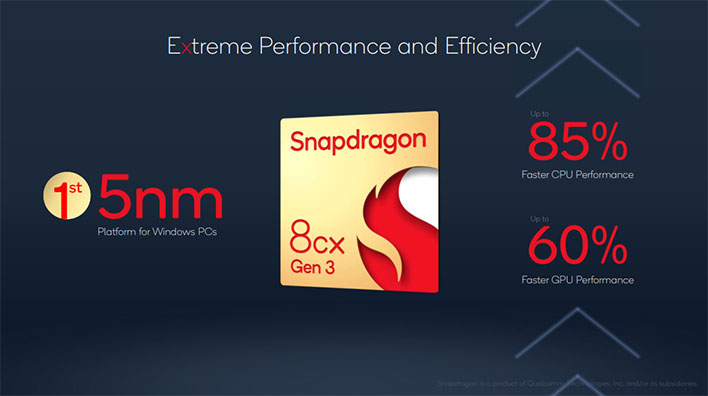 What is more relevant is what the Snapdragon 8cx Gen 3 platform brings to the table for Windows on Arm. According to Qualcomm, the integration of new Prime cores paves the way for up to 85 percent more CPU performance compared to the previous generation in multi-threaded workloads, up to 40 percent better performance in single-threaded tasks, and up to 60 percent faster GPU performance. Qualcomm is also claiming up to 60 percent greater performance per watt compared to competitive x86 platforms, which is rooted in Geekbench 5 testing. 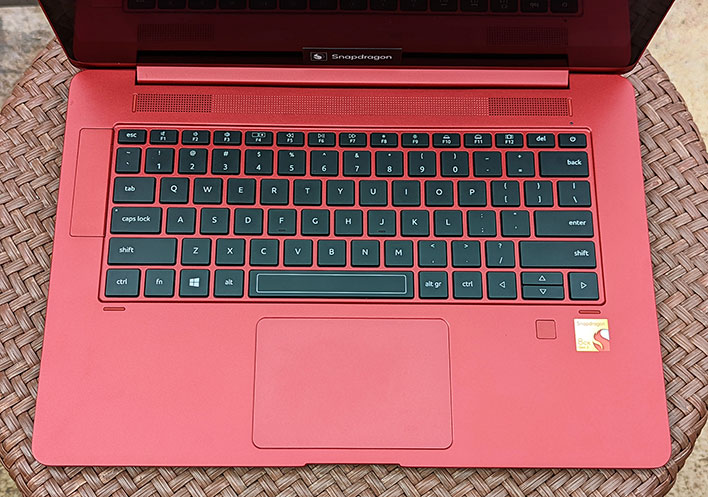 Qualcomm says the performance improvements pay dividends in a variety of tasks, even gaming, with support for 1080p resolution gameplay at up to 120 frames per second. It's not clear what exact title(s) Qualcomm might be referencing with that claim, but it is interesting all the same. 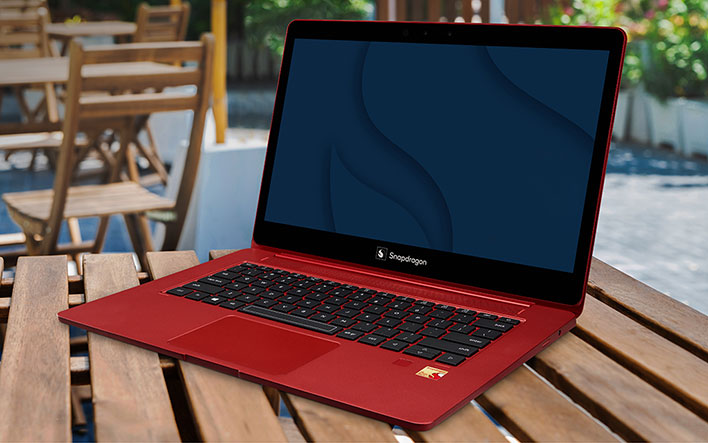 These performance uplifts purportedly don't come at the expense of battery life either. To the contrary, Qualcomm says the Snapdragon 8cx Gen 3 enables thin and fanless designs that can last for multiple days before needing to be fed from a wall outlet.
AI and 5G connectivity figure prominently into the overall experience, too. To that end, Qualcomm is promising three times greater AI acceleration with 29+ TOPS of performance, and up to 10Gbps of downlink speed on a 5G connection with support for a variety of 5G modem-RF systems (Snapdragon X55, X62, and X65 5G). And of course Wi-Fi 6E is part of the package as well.

It's only been around six months since Qualcomm unwrapped its Snapdragon 7c Gen 2 chipset for power-efficient Windows on Arm laptops and Chromebooks, and now it is already following that up with its new Snapdragon 7c+ Gen 3.
"With Snapdragon 7c+ Gen 3, we are raising the bar in the entry-tier by extending 5G mobile computing across ecosystems. Whether for consumers, business, or education, Snapdragon compute platforms deliver the capabilities and experiences that our ecosystem customers and end users need," said Miguel Nunes, vice president, product management, Qualcomm. 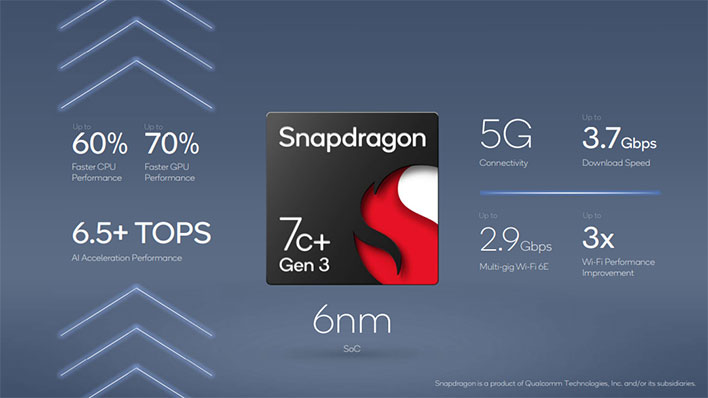 The Snapdragon 7c+ Gen 3 is built on a 6-nanometer manufacturing process, and while not quite as burly as the 8cx Gen 3, Qualcomm is making some big performance claims. As in, up to 60 percent faster CPU performance and up to 70 percent faster GPU performance compared to the previous generation.
Same goes for AI performance. According to Qualcomm, it delivers 6.5 TOPs (or more), which it says is "unprecedented in the entry tier." How that plays out in lower end devices remains to be seen, but it's a potential capability that could make more affordable Windows on Arm and Chromebooks more enticing.
This is also the first representation of 5G connectivity in an entry-level device, according to Qualcomm. It features an integrated Snapdragon X53 5G modem-RF system that the Snapdragon 7c Gen 2 lacked, which itself supports both mmWave and sub-6GHz, with downloads speeds of up to 3.7Gbps. It also boasts Wi-Fi 6E with speeds of up to 2.9Gbps.
So, when will we see actual devices running on Snapdragon 8cx Gen 3 and Snapdragon 7c+ Gen 3 hardware? According to Qualcomm, they'll manifest in the first half of next year, so we don't have to wait terribly long to see if all the performance and battery life claims ring true.