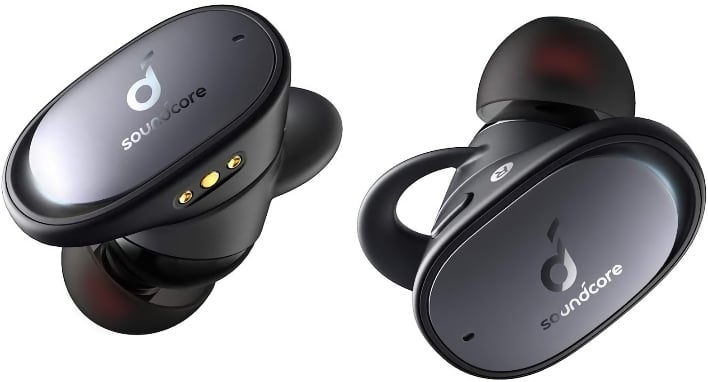 Qualcomm may be well-known for its powerful Snapdragon SoCs and 4G LTE/5G modems that power modern Android smartphones, but the company has a vast portfolio of other communications/audio/computing products as well. Qualcomm is a relatively big name in the audio market where it produces Bluetooth SoCs that power your wireless headsets.

The company this week announced new entry- and premium tier QCC304x and QCC514x chips that promise to boost runtimes for wireless earbuds while bringing Active Noise Cancelling to lower price points. The primary difference between the two is that the QCC514x supports “always-on” voice recognition. In other words, you would be able to yell out “Hey Google” whenever you want without having to first press a button.

Qualcomm is also touting what it calls TrueWireless Mirroring, which is promoted as a way to keep your music experience going no matter if you have one or both earbuds in your ears. Only a single earbud maintains a wireless connection with your smartphone, and then mirrors data to the other earbud. If one earbud is taken out, TrueWireless Mirroring ensures that music or voice calls are not interrupted.

“Another reason a role swap may occur is if the RF connectivity for the mirroring bud is detected to be stronger than the connected bud, perhaps due to the proximity of the user’s mobile phone,” Qualcomm adds. “In that case, the connection is designed to seamlessly swap from one ear bud to the other.”

Qualcomm is also introducing Active Noise Cancelling (ANC) to help reduce the amount of background noise and cross-talk that makes it to your ears. It allows for a more immersive audio experience, and is increasingly finding its way into high-end earbuds (like the Apple AirPods Pro). There is also a passthrough mode for when you want outside ambient noise to make it through – particularly for safety reasons – like when you’re out on a run in a busy city (which isn’t much of a problem these days, unfortunately).

According to Qualcomm, both the QCC304x and QCC514x will enable earbuds that can last up to 13 hours per charge when equipped with 65 mAh batteries; enabling ANC will result in “minimal impact” to that battery life. Qualcomm says that the first products shipping with these new Bluetooth SoC will land later this year.