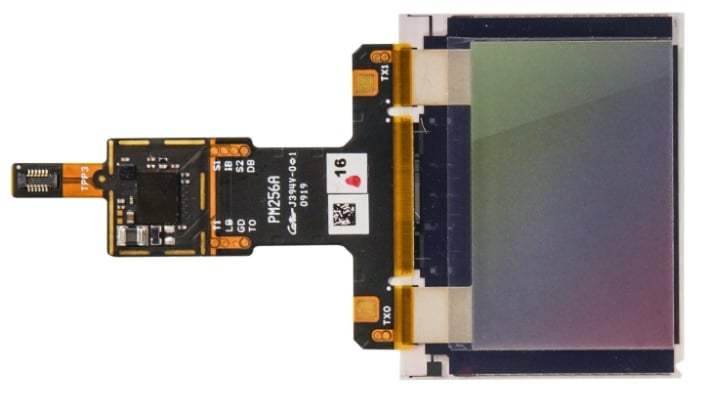 Qualcomm has pulled the covers off a new ultrasonic in-screen fingerprint scanner that is an improvement over its predecessor that was introduced in the Samsung Galaxy S10 and Galaxy Note 10 families. The new sensor is called 3D Sonic Max, and it has a significantly larger surface area for scanning. While the original in-screen 3D Sonic Sensor only had enough scanning space to scan a single finger, the new one is large enough to scan two fingers.

Qualcomm says that the new scanner is 17x larger than the old one and will enable advanced security features. The new sensor uses the same ultrasonic scanning techniques that the smaller sensor used last year, and you can now scan two fingers at once to increase security.

The larger sensor can capture more information in a fingerprint scan, enabling it to scan more surface area of the finger and match the user on more points. The current 3D Sonic sensor measures around 4mm x 9mm, allowing it to detect only part of the finger. The new 3D Sonic Max sensor measures 20mm x 30mm for a 600 square mm area. Qualcomm claims an accuracy rate of 1 in a million with the new sensor, which is the same accuracy rate that Apple claims for Face ID offers.

Qualcomm says that the new dual-finger scanning capability can be used when more security is needed, such as with bank apps or for sensitive company information.

Another benefit of the much larger finger scanning area is the ability to register a fingerprint with a single tap. As it is now, users have to repeatedly lift and move their finger to scan all aspects of it. It's also easier to get your finger on the scanner than the smaller current offering. The new sensor also performs ultrasonic identification in its hardware rather than relying on algorithms and processing elsewhere on the smartphone. The new sensor will show up commercially next year, possibly first in the next-gen Samsung Galaxy S11 smartphones.