Qualcomm, a behemoth in the mobile chip market (namely due to its Snapdragon silicon), announced on Wednesday that it has entered into a definitive agreement to acquire NUVIA for about $1.4 billion, before factoring in working capital and other adjustments. The purchase, if it clears regulatory hurdles, provides an inroad for Qualcomm to make another spirited run at the server market (if it chooses to go that route). But that's not all.

In announcing the deal, Qualcomm kept any plans in the server space close to the vest, and instead focused on what this transaction means for its efforts in 5G communications and mobile SoCs in the consumer space.

"5G, the convergence of computing and mobile architectures, and the expansion of mobile technologies into other industries are significant opportunities for Qualcomm," said Cristiano Amon, President and CEO-Elect, Qualcomm Incorporated. "The NUVIA team are proven innovators, and like Qualcomm, have a strong heritage in creating leading technology and products. I am very excited to have them join our team. Together, we are very well positioned to redefine computing and enable our ecosystem of partners to drive innovation and deliver a new class of products and experiences for the 5G era." 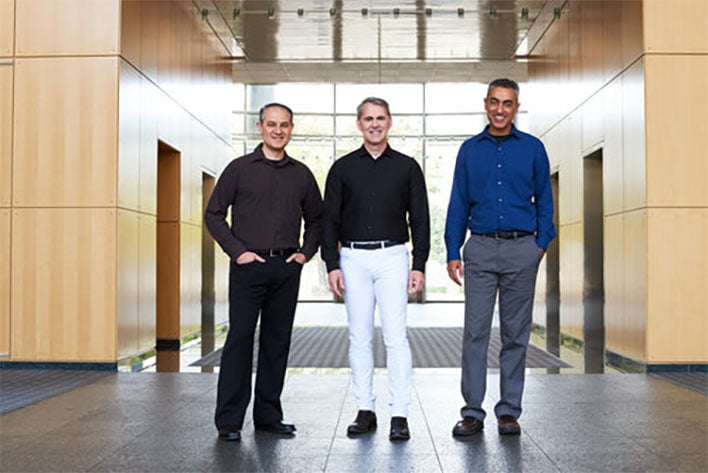 This is a big talent grab for Qualcomm. NUVIA was founded in 2019 by Gerard Williams III, John Bruno, and Manu Gulati, the three of which bring decades of industry experience from having previously worked at AMD, Apple, Arm, Broadcom, and Google. And all three will be joining Qualcomm as part of the acquisition, as well as NUVIA's employees.
The initial plan is to integrate NUVIA's Arm-based CPUs across Qualcomm's broad portfolio. That includes SoCs that power millions of flagship smartphones—practically every Android phone in the U.S. runs on Snapdragon hardware—as well as next-generation laptops. Qualcomm also intends to leverage NUVIA's designs into solutions for digital cockpits, self-driving vehicle hardware, extended reality products, and infrastructure networking solutions.
All of those sectors are beneficiaries of the 5G movement that is currently underway. 5G connectivity has the potential to deliver transformative experiences. For that to happen, wireless carriers have to continue fleshing out their 5G networks, and on the hardware side, companies like Qualcomm have to deliver the necessary silicon to tap into them. That has been a big focus of Qualcomm's, which recently introduced its Snapdragon 480 SoC to expand its 5G reach into more budget smartphones.

The potential for what this acquisition means has Qualcomm's industry partners excited as well. Several companies offered up statements in support of the deal, including Microsoft, Google, ASUS, General Motors, LG, Sony, and many others. That is not something that typically happens when a company announces an acquisition—at best, one or two firms might issue a supporting statement, depending on the situation.

"With Qualcomm we delivered the world’s first 5G connected PC. As we look to create the advanced capabilities PC users demand, we are excited that the world class CPU development team from NUVIA is joining Qualcomm and we look forward to continuing to work together to deliver breakthrough PC experiences to users across the globe," said Gianfranco Lanci, president and COO at Lenovo.
"Congratulations to Qualcomm and NUVIA for joining forces to create a new breed of platforms that will push the envelope on compute performance and connectivity," said Morris Lee, president of LG Mobile.
This kind of broad industry support could go a long ways towards easing any regulatory concerns that might pop up. And that is exciting, from a consumer standpoint. Qualcomm's willingness to fork over $1.4 billion for NUVIA suggests, in part, that it feels the company's present and future CPU solutions can outperform the Arm Cortex designs that currently underpin its Snapdragon lineup (like the Snapdragon 888), while also being power efficient. These are important traits (power and efficiency) for 5G applications, that could help accelerate the transition.
Looking down the line, don't be surprised to see Qualcomm make another bid for the server market. This deal comes just a few months after NUVIA secured $240 million in funding to battle Intel and AMD for data center processor dominance, and it's hard to imagine those plans will suddenly fall by the wayside.