Since we are a month and change out from the PlayStation 5 launch day, we are getting some new information about the console through various channels around the world. In Japan, Sony worked with YouTube Gaming and some content creators to produce videos showcasing hands-on gameplay. Out of Russia, some questionable leaks appeared on reddit and other forums showing off what appeared to be UI and SSD information from the new PS5. In the Western world, gamers are hoping to get English YouTube videos showcasing the PS5 and official announcements about the UI from Sony to quell concerns.

Japanese Content Creators Get To Play On The PS5

Since Sony is based in Japan, it is no surprise that Japanese YouTubers got to look at and play games on the PS5 first. These content creators were able to experience games such as Astro’s Playroom, Godfall, and Devil May Cry 5. However, the creators were not able to touch the console or see the UI apparently, as nothing ever came up in the videos.

Also, if you were expecting YouTube’s closed captioning auto-translate to help, guess again. No matter what, it seemed those who got to experience the PS5 were amazed by it. The focus besides the gameplay was on the DualSense controllers, and they seemed to impress the YouTubers too. Hopefully, soon, we will get English-language YouTubers covering the PS5, but in the meantime, check out the Japanese YouTubers’ reactions in the videos we have shared within the article.

PS5 UI Leaks Out of Russia

Several places around the web have hosted allegedly leaked PS5 UI images and videos, such as reddit or the resetera forums. A user named Kenzodielocke on the resetera forums posted some blurry, twice-captured photos of what could be the PS5 UI. Among these images, there was also a capture of the storage space in the PS5. 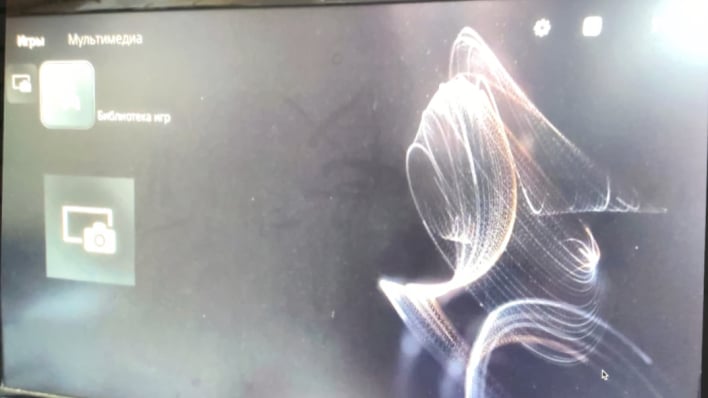 The below image revealed 664GB of free space available to the user from the 825GB SSD, however, this may change. The images could have come from a development kit or quality assurance device, and there may be more going on under the hood than on a retail device. We will wait to see if any more comes of this. 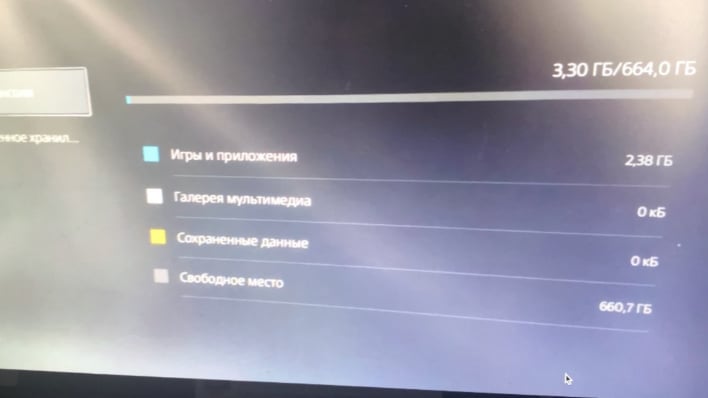 Simultaneously, another leaker on the /r/PS5 subreddit was trying to get money for videos and images that he claimed were from the PS5. This leaker has since been removed, but reddit user u/wsb_BernieMadoff bit the bullet and spent €100 to get the video you see below. It does not show much, but it seems to line up with the themes of the PS5 we have seen thus far. It also shows how long it takes for a PS5 device to boot up.

Western Worries About The PS5

All these leaks seem to have people concerned. Commenters are worried that the UI will not be good, that the Japanese videos are canned, and the controllers do not look all that great. As mentioned at the top, we are still a month and change out from official release, and there will likely be some changes to come. Furthermore, the [software] leaks could be coming from prototype devices that are not retail product, meaning the the actual final interface could at least be different. All in all, we need to wait for more information before passing judgment about the PS5. Until then, watch out for more PlayStation 5 news from Sony on HotHardware.