Buckle up because the newly unveiled Porsche 718 Cayman GT4 RS brings an incredible amount of horsepower, grunt, and speed capabilities to the enthusiast driving scene. Porsche's latest mid-engine sports car made its debut at the Los Angeles auto show where it was billed as "the most thrilling and focused 718 yet," which is saying something given its heritage. 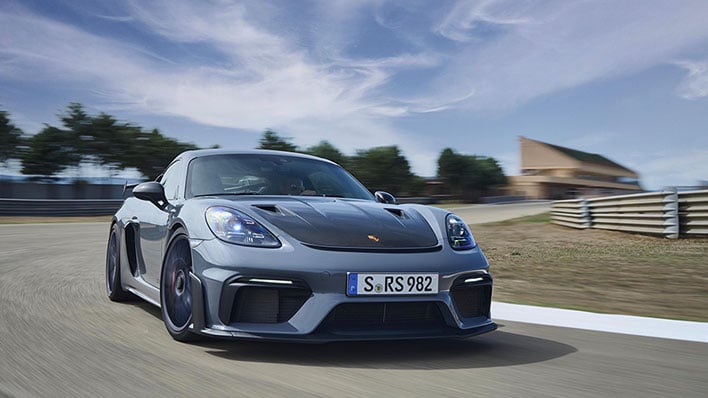 The additional performance Porsche was able to tune results in a half-second improvement in accelerating from 0-60 MPH, which takes a mere 3.2 seconds in the 718 Cayman GT4 RS. On the track, this spunky sports car can reach a top speed of 196 MPH in seventh gear (up from 187 MPH). And in fact it is only being offered with a seven-speed dual-clutch transmission.
"Using shift paddles mounted on the steering wheel, drivers can change gears manually as they choose without taking their hands off the wheel. Alternatively, they can also change gears manually using the newly designed shift lever in the center console," Porsche explains. 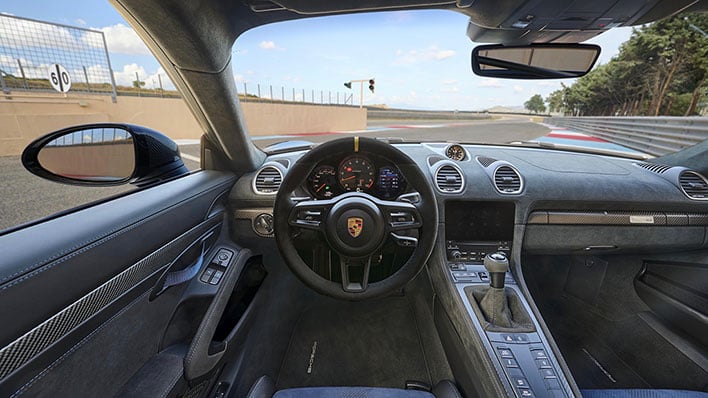 Looking past the engine and transmission, Porsche also made some physical design changes "driven by functional demand." Like air intakes behind the side windows on both the driver and passenger sides, for a sound that can be intentionally and "clearly heard" because of how close they are to the driver's and passenger's ears. There are also side intakes in the rear quarter panels, which are a staple of all Cayman models but have now been revised to offer better cooling for the engine. 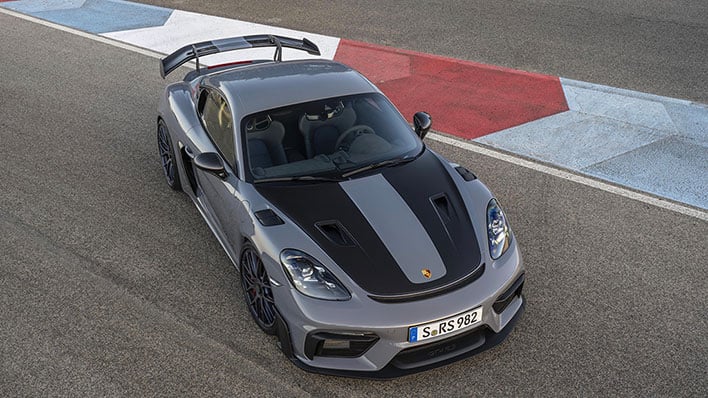 Porsche managed to shave some weight off the Cayman too. It has a curb weight of 3,227 pounds, which is 49 pounds less than the non-RS model. Part of the reduction comes from forming the front fenders and hood out of carbon fiber reinforced plastic (CFRP) and using lightweight glass for the rear windows. 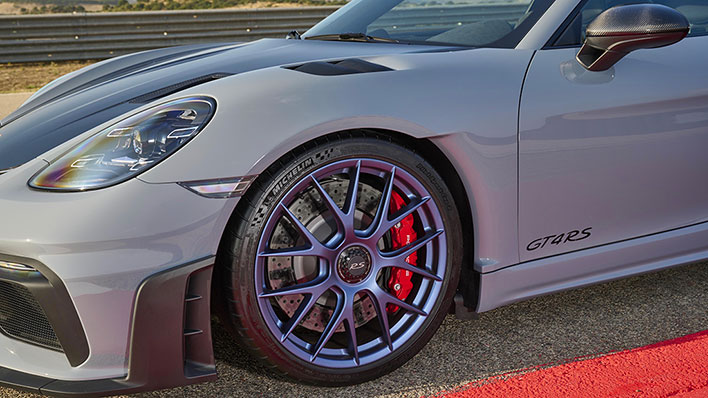 Other design goodies include a new, fixed rear wing with swan neck mounts and aluminum supports, an enhanced suspension system with ball joints connecting the suspension to the body, 20-inch forged aluminum wheels with center locks (a first for a 718 Cayman model), and an optional Weissach Package with further performance and appearance tweaks.
The 2022 Porsche 718 Cayman GT4 RS comes in at $141,700 plus a $1,350 delivery fee. Porsche also announced a race-ready Clubsport version with 500HP and some other upgrades, starting at $229,000 before tax.