Volvo's Polestar division is looking to make a name for itself in the electric vehicle business, and its latest concept is sure to turn some heads. Roughly a year after the rather "interesting" Polestar 2 was first unveiled, the company is back again with the more daring Precept concept.

In a world that is increasingly shifting to towards the monotony of jacked up crossovers, it’s nice to see that the Precept is a ravishing, low-slung sedan that looks nothing like a Volvo. That's not to say that Volvos are by any means ugly; it's just that they don't really get hearts racing. 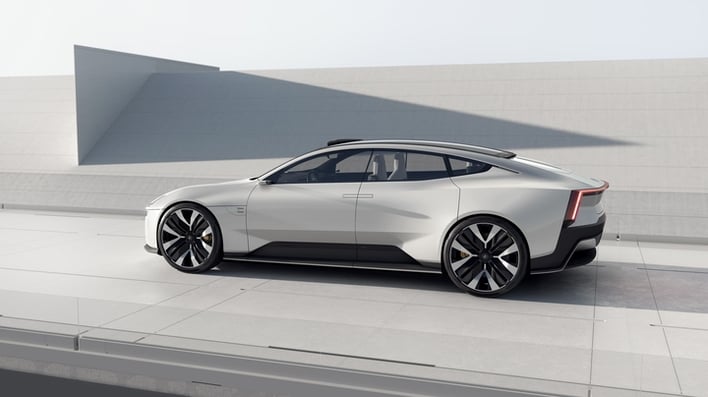 The Precept has an aggressive front end with LED headlights and thin LED DRL markers giving the car a unique ID. Along the sides you can see how the doors are "pinched" on the bottom along with a lot of sharp creases on the body that add to the design. Out back are thin taillights that extend the full width of the car. 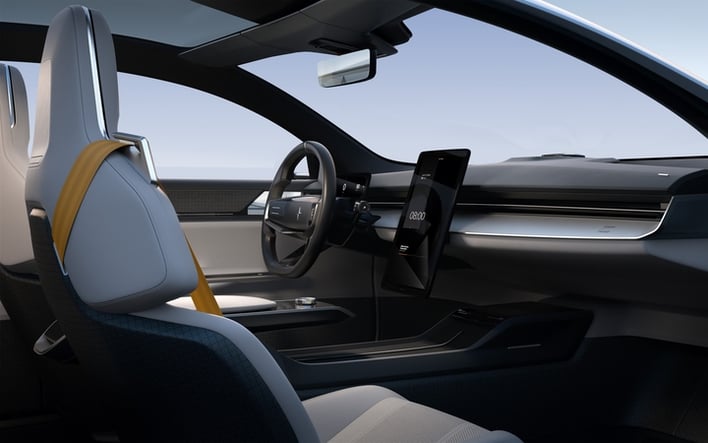 Inside, you'll find a 2+2 seating arrangement and a minimalistic design, which is in keeping with modern Volvo cockpits. There's a large, vertically-oriented 15-inch display in the center of the dash that handles infotainment, HVAC, and navigation duties – it is powered by Google's Android Automotive operating system. A secondary 12.5-inch display is situated directly in front of the driver (take that, Tesla Model 3).

Polestar is also placing a heavy emphasis on sustainability with the Precept's interior, including the use of flax-based composites for the seatbacks and interior panels, which cuts weight for this components by up to half. Polestar goes on to add:

Interestingly enough, the most important aspect of the Precept -- its EV powertrain -- is a mystery for now. The previously announced Polestar 2 only has a driving range of 275 miles, compared to up to 322 miles for the Tesla Model ). We have to give Polestar a little bit of leeway here as the Precept is strictly a concept vehicle for now and it might not even be a running prototype. But if it does enter production, anything less than 300 miles of range would be seen as disappointing given the stiff competition. 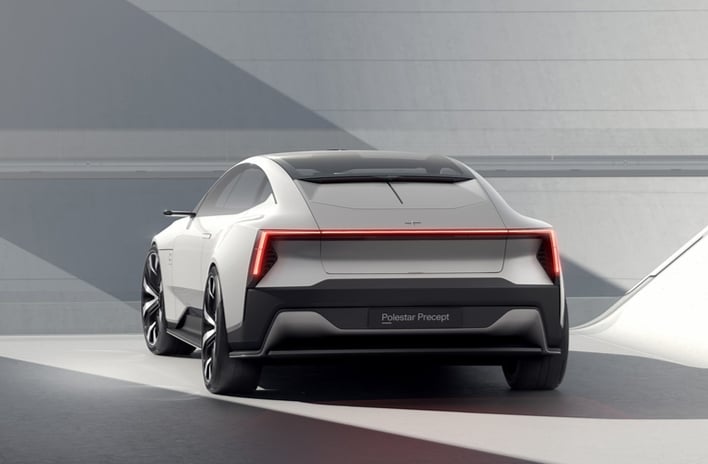 "At Polestar we see technology as an enabler, as a tool to solve our society’s problems and we translated this attitude into a new set of design principles," said Polestar design chief Maximilian Missoni. "The combination of sustainable materials and high-tech smart systems opens an entirely new chapter of avant-garde luxury design and shows where Polestar is heading.”

You'll be able to see the Polestar Precept in the flesh at the Geneva International Motor Show, which kicks off on March 5th.