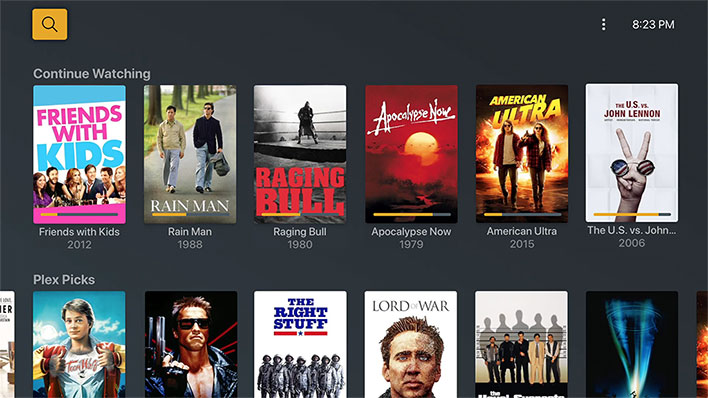 There are a bunch of streaming services out there, with some recent additions bringing more competition to the fold. Plex, a popular service for helping users wrangle their own media, is now rubbing elbows with them in a bigger way than before. The company just launched an ad-supported streaming service with thousands of movies, TV shows, documentaries, and more.
The service is free, as it is funded entirely by ads. Not to worry, though, Plex will not be interrupting your own content with ads. Plex rightfully says that would be a "terrible idea for many, many reasons," so unless you happen to have a catalog of commercials for some reason, you will only see them when viewing the free streaming content.
"Our goal is to bring this great content from big studios and independent producers from around the globe to you for free. In exchange, we’re asking for a bit of your time to watch some ads. We think it’s a fair deal, but of course, you’ll be the judge. Besides—you gotta go to the bathroom sometime, right?," Plex says.
Plex is not the only one to do this, though it's hoping to stand out by being more broadly available. The company told TechCrunch most of its content will stream in around 220 countries worldwide. If dismissing platforms like YouTube where users upload their own content, then Plex becomes the biggest ad-supported video service in the world.
"Basically, we wanted to build a free streaming service that we would want to watch ourselves. And of course, Plex isn’t only a free streaming service. We provide you and your family a single, beautiful place to curate and stream all your stored videos and photos, favorite podcasts, movies, web shows, news, live TV, and even your carefully curated music collection. In other words, with Plex you become master of your mediaverse," Plex says.
What specific titles are available depend on where the user lives. In the US, for example, Plex users have access to a bunch of classics like Rain Man, Raging Bull, Apocalypse Now, Teen Wolf, Thelma and Louise, Overboard, and more.
Plex says it will add more content over time from different studios and creators. The company didn't offer up any specifics, but did say it will range from Oscar-winning Hollywood films to "really cool independent movies fresh off the festival circuit."
If you want to give it a whirl, follow this link to register for a free account.