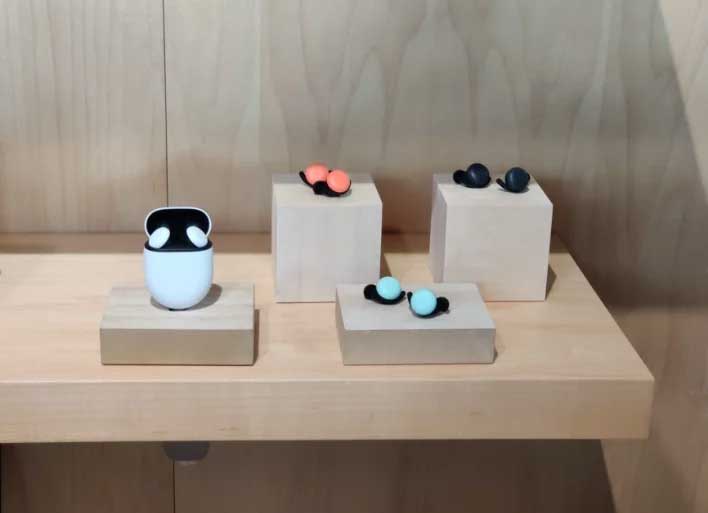 Google's Pixel Buds earphones have been popular for Android device users; particularly with owners of Pixel-braned smartphones. A second generation of the Pixel Buds is in the works, and they have recently been spied at Bluetooth SIG to receive the certifications needed before its launch this Spring.

Two model numbers were seen at Bluetooth SIG, including G1007 and G1008. It's unknown if there are two separate models of the Buds coming, or if the two different numbers represent the earphones and the charging case. A short description seen at Bluetooth SIG promises rich audio, clear calls, and hands-free Google Assistant. They also promise a customized fit and ambient vent to keep you in touch with the world around you.

Bluetooth SIG notes that the hardware used inside the new Pixel Buds is made by Bestechnic and supports Bluetooth 5.0. It might surprise some that Google didn't choose a Bluetooth chip from Qualcomm. The first time any information on the second-gen Pixel Buds was seen was in October at the Made by Google 2019 event. The earphones were just shells at that event, and no one was able to try them out.

The second-gen Pixel Buds will have five hours of battery life per charge for the earbuds themselves. The case that they ship with looks similar to Apple's Air Pods case and promises 24 hours of power for the Buds. They will support Google Assistant and "Hey Google" activation. They also have Adaptive Sound to dynamically adjust the volume depending on how loud the environment is. The launch is expected to happen at Google I/O 2020 in May, and price is tipped to come in at around $179.