It would be an understatement to say that it has been a rough nine months for gamers looking to purchase new gaming hardware. While the availability of high-end, current-generation processors has, for the most part, stabilized, graphics cards are still hard to find in stock at MSRP. And it's not just current NVIDIA GeForce RTX 30 and AMD Radeon RX 6000 Series graphics cards that are MIA; previous-generation examples are just as hard to find due to cryptocurrency mining.

However, there is a light at the end of the tunnel, according to Jon Peddie Research (JPR). The firm indicates that just-in-time inventory systems were shown to be highly susceptible to supply chain interruptions during the initial phases of the COVID-19 pandemic. That left many companies unable to cope with the surge in demand attributed to the work-from-home movement. 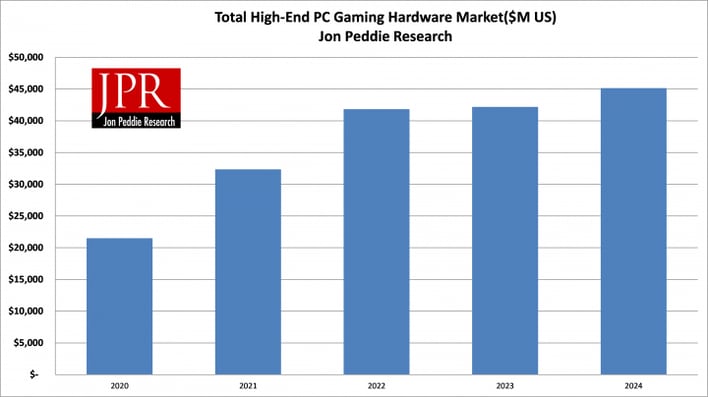 Companies are now shifting to adopt just-in-case inventory solutions to account for supply chain disruptions and other unforeseen events that could affect production. In addition, JPR says that "inventory and sales of High-End products [will] grow dramatically in the coming years," especially considering that pricing for ultra-wide and 4K+ displays are hitting historically low levels. These cheaper high-resolution displays are driving up demand for graphics cards and processors.

Manufacturers are also poised to take advantage of pent-up demand for hardware once pricing -- which is most acutely felt with graphics cards -- comes down to reasonable levels. Many gamers have sat on the sidelines, refusing to pay upwards of 2.5x the $899 MSRP of a GeForce RTX 3080 for their gaming rigs. Most people simply don't have the disposable income to waste money in that fashion, so the floodgates will open when prices settle back to MSRP. 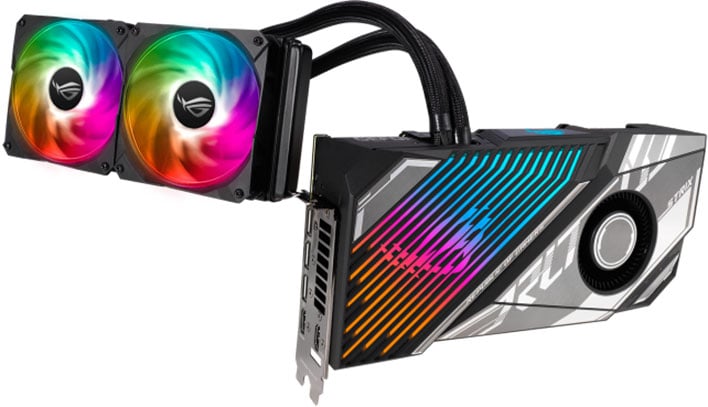 JPR went on to explain that a "large portion of the consumer spending did not make it back to manufacturers, with an abnormal amount going to resellers who charged inordinately high prices for PC components."

"A stark warning to hardware companies in the PC Gaming space that long-term growth is dependent on having products available and priced within reach of mass-market consumers," added JPR.

It may take some time before we are truly back to some semblance of normalcy with hardware prices, but fortunately, the wheels are already in motion to get us to that point.