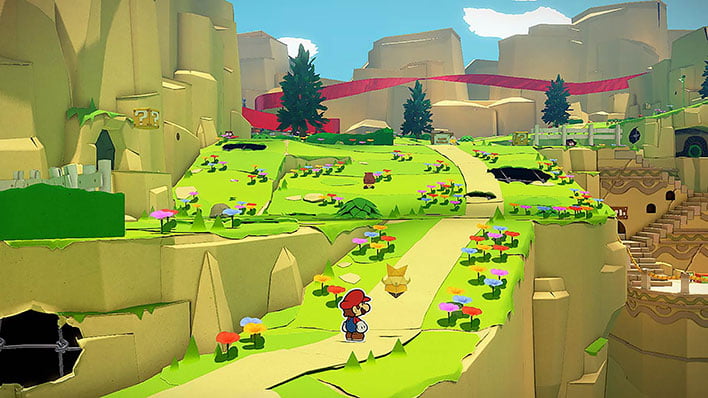 Are you ready to see how a “origami plot unfolds”? Nintendo recently released a trailer for Paper Mario: The Origami King. The new game will be available on July 17th, 2020 for the Nintendo Switch.

Princess Peach and her castle has been taken over by King Olly, the ruler of the Origami Kingdom. Mario must work together with Olivia, King Olly’s sister, and Bowser, whose army has been transformed into “Folded Soldiers.” Together they must free Princess Peach, repair the landscape, and stop King Olly.


Players will need to fight the Folded Soldiers in “ring-based battles that challenge you to strategically line up enemies to maximize damage.” It also appears that Mario has been granted an interesting and rather terrifying ability. Mario is able to greatly extend his arms to pull and peel items.

The first Paper Mario game was released in Japan in 2000 and to other countries in 2001 for the Nintendo 64. The game received overwhelmingly positive reviews and was one of the best selling-games when it was released. Subsequent games have included Paper Mario: The Thousand-Year Door, Super Paper Mario, and several other games. The most recent game, Paper Mario: Color Splash, was released in 2016 for the Wii U. 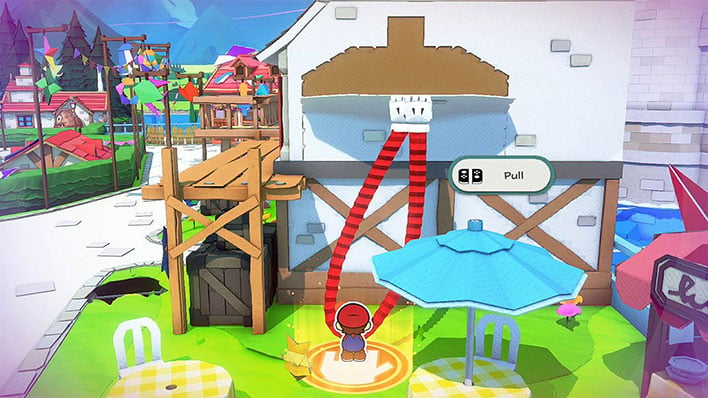 Super Mario: The Origami King is very colorful, cheerful, and is described as a “comedy-filled adventure.” This kind of game seems like the perfect distraction during this period of time. Other cheerful games like Animal Crossing: New Horizons have proven to be very popular over the last few months.

Unfortunately many people have had a difficult time acquiring a Nintendo Switch. Auto-purchasing bots have been buying multiple copies of the consoles as soon as they are restocked at retailers. The consoles are then being resold on the websites such as Amazon and eBay at higher prices. Some consumers have been willing to purchase the console at the inflated price, while others have built their own Nintendo Switch with spare parts.

Thankfully it appears that Nintendo is ramping up production of the console. Rumor has it that Nintendo plans to produce 10 percent more Switch consoles this year than it did last year. The recent pandemic has slowed production, but reports indicate that Nintendo has contacted multiple suppliers and told them to prepare for a greater number of consoles. Hopefully there will be a greater number of available consoles by the time Paper Mario: The Origami King is released.