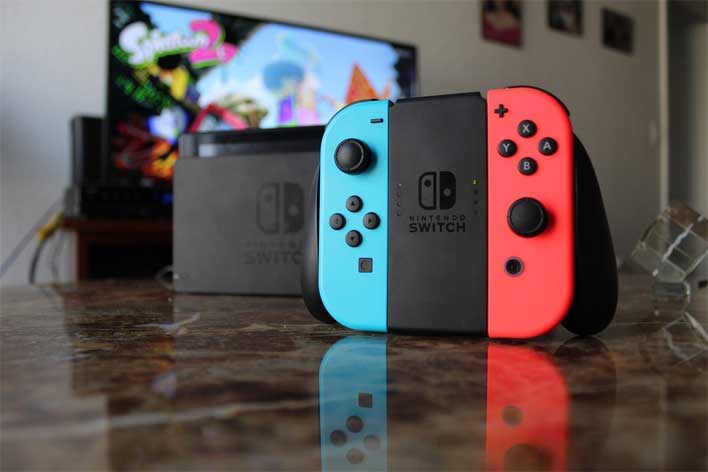 During this devastating COVID-19 pandemic, Nintendo Switch game consoles have been incredibly difficult to find, and prices in the reseller market have climbed as a result. That could change soon with Nintendo suppliers announcing that the Japanese gaming giant intends to increase the output of Switch game consoles in response to the increased demand from consumers stuck at home.

Nintendo intends to produce about 10 percent more Switch consoles this year compared to the 20 million units it produced last year. Word of the increase in production comes from parts suppliers that are aware of Nintendo's plans. Reports indicate that Nintendo has asked multiple suppliers and contract assemblers to prepare for additional production in the quarter spanning April to June of 2020.

The coronavirus has impacted Nintendo's production line and forced the company to temporarily stop shipments in Japan this month. A Nintendo representative has stated that the company hopes suppliers will be responsive to the production increase. However, sourcing of some parts remains uncertain, and the company is unable to forecast how many Switch units can be supplied. Some parts suppliers are reporting orders for April-June quarter that are as much as 50 percent higher than initially forecast.

One significant problem facing consumers trying to find a Nintendo Switch right now is that they are fighting resellers looking to make a buck during the coronavirus outbreak. Many of these resellers have been buying up all Switch stock using bots and then marking the prices up over the MSRP for profit. With prices up significantly and supplies tight, one DIY builder constructed a Switch using spare parts. If Nintendo was successful in increasing stock, it remains to be seen if being bot wielding resellers will simply buy up the increased production run or if consumers will be able to purchase the consoles.