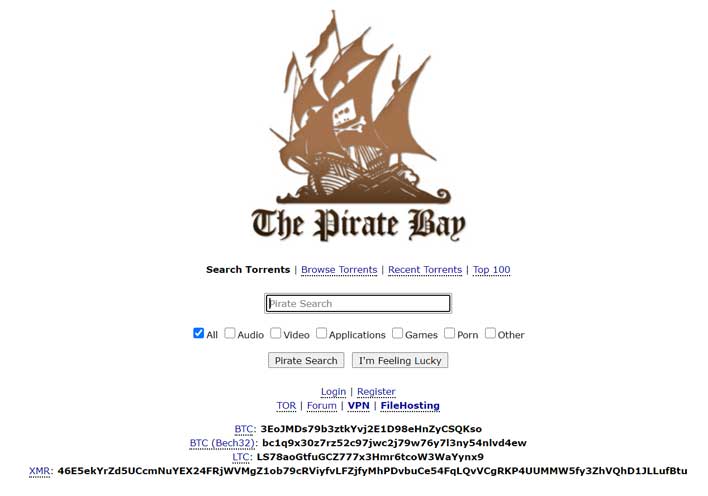 For the last decade and a half, the entertainment industry has been working diligently to shutdown The Pirate Bay. One of the groups seeking to vanquish the content sharing website has hired a VPN expert to help determine where The Pirate Bay is located. Reports have indicated that the site uses a VPN provider called OVPN, which claims to keep no logs.

However, the expert hired by the anti-piracy group believes that information about the website could be obtained from OVPN. Despite various legal attacks and groups trying to track down the exact source of the torrent site, where the website is operated from and who it's operated by remains a mystery.

Reports indicate that the anti-piracy group looking for details on the website is a Swedish group called Rights Alliance. OVPN has stated that since it is a no-logs provider, it has no information to hand over in any legal investigation. So far, the court appears to be favoring OVPN's claims of having no data to hand over.

Rights Alliance claims that its expert witness has performed penetration testing for the top 10 VPN providers. The expert comes from Ox4a, which is involved with another company called Cure53. The latter company is reportedly well known for first-class penetration testing. The expert, Jesper Larsson, says that while OVPN stores as little data as possible, there must be data connecting users and identities to make the VPN service function.

Larsson says OVPN should be able to search its servers for the IP address, search the user database, or search backups to locate a given user or identity. OVPN maintains that users can change a static IP address at any time, and while it can see who is allocated to a static IP in a given moment, it can't go back in time and check who had it at a specific date.

The case is ongoing, and no final ruling has been made at this time. As customers found out in July when seven so-called "zero log" VPN providers leaked customer data onto the Internet, some providers certainly do log activity despite their claims. Perhaps Rights Alliance is hoping that while OVPN claims to have no logs, it does record data that could be used to find The Pirate Bay and shut it down.