OPPO shared a video of a smartphone showcasing a retractable camera ahead of its INNO Day 2021 event that is scheduled to begin on December 14. The retractable camera is housed on the back of the phone's body and appears to be water resistant.

Qualcomm recently shared its upcoming premium Snapdragon 8 Gen 1 mobile platform from its Snapdragon Tech Summit 2021 in Hawaii. The new powerful platform is said to be bringing with it exciting possibilities in the mobile landscape, like the gorgeous Moto Edge X30. During the Summit OPPO also announced that it would be releasing a new flagship smartphone powered by the new premium mobile processor, making it one of the first companies to adopt Snapdragon's latest platform.

It seems that OPPO is looking to utilize that newfound power in a retractable smartphone camera. Retractable cameras are not new to smartphones, but OPPO is seemingly taking a different approach than those in the past. OPPO's camera is shown raising from the back of the phone's body and then lowering back in place. The company did not stop there in the video it shared on its Twitter feed. It also showed the camera in a rainy environment and also being dropped from a person's hand.


Most pop-ups are annoying...

But not our self-developed retractable camera! 😉

One of the more talked about improvements in innovation the Snapdragon 8 Gen 1 will bring to mobile is through the smartphone's image processing. Phones with Snapdragon's flagship system-on-chip (SoC) will be able to take advantage of Qualcomm's Snapdragon Sight technology and the first 18-bit image signal processor (ISP) for mobile. The ISP is capable of catching more than 4000 x more camera data than its predecessor, while capturing more 4K data for greater dynamic range, color, and sharpness. It will also boast capture speeds that can go up to 3.2 gigapixels per second. These improvements will surely play into OPPO's retractable camera in some way, we are just not sure how yet.

One thing we can glean from the teaser video is that the camera could have a 1/1.56 inch sensor, sporting a 50mm-equivalent lens with an f/2.4 aperture. This is a larger sensor than what is typically behind a telephoto lens, and perhaps the added height gained with a retractable camera is what makes using a sensor that is twice the length of the main lens possible. 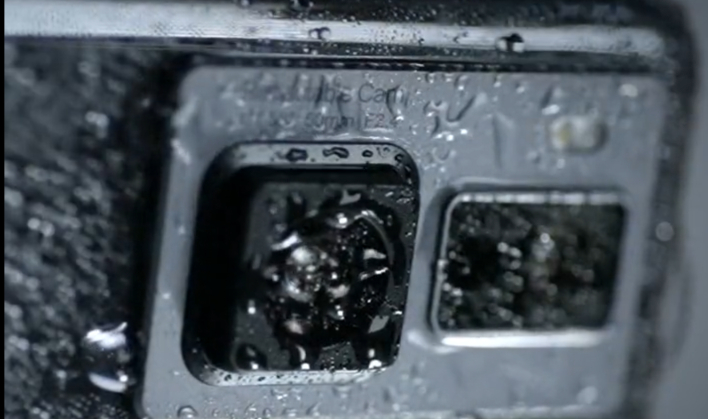 Two other areas of interest in the video are found when the phone and extended camera are being subjected to water and being dropped from a person's hand. The fact that the camera is being shown in a wet location probably indicates that the retractable unit is somehow water resistant even when it is extended and most likely while retracting as well.
The sight of the phone being let go from a person's hand and watching it fall toward the ground may indicate that the phone has a safety feature that will sense this and automatically retract the camera back into the phone's body to protect it from fall damage. Again, these are still theories that are being floated around and none have been confirmed by OPPO.

We shouldn't have to wait much longer to know more about this interesting piece of technology being teased by OPPO, however. The companies INNO Day 2021 is set to begin on December 14 and the answers we are all left with about this new camera design should be answered.