Do you see a crease in the photo above? You shouldn't, because according to Oppo chief product officer Pete Lau (who is also the co-founder of OnePlus), that is one of the pain points of the folding smartphone form factor that Oppo set to address in developing its first-ever folding phone, the Find N.
Lau made the comment in a blog post that serves as an introduction of sorts to the Find N. Many of the finer grain details like the chipset and other internal hardware will have to wait until next week. But in the meantime, Lau provided a higher level overview of the Find N's finalized design, which is the "result of four years of intense R&D and six generations of prototypes."
In doing so, he also seemingly takes a subtle jab at Samsung, though he doesn't mention the South Korean hardware maker by name. Instead, he insinuates that the Find N gets right what other folding phones have gotten wrong up to this point.

"With the Find N, we have solved the main pain points in previous foldable smartphones, such as the crease in the display and overall durability of the device, by inventing perhaps the best hinge and display designs available today. We look forward to truly pushing the folding screen experience forward," Lau says.
You may recall that Samsung's efforts in the folding phone space got off to a rocky start. Even the CEO at the time lamented what he called an "embarrassing" launch when the original Galaxy Z Fold launched before it was ready for prime time, mostly due to a defective hinge design. Samsung's follow-up acts have been much better.
Even so, one of the cons we pointed out in our Galaxy Z Fold3 review is that there is a noticeable crease down the center of the main display. There are other areas that could use improvement as well, such as battery life and the high cost of entry. 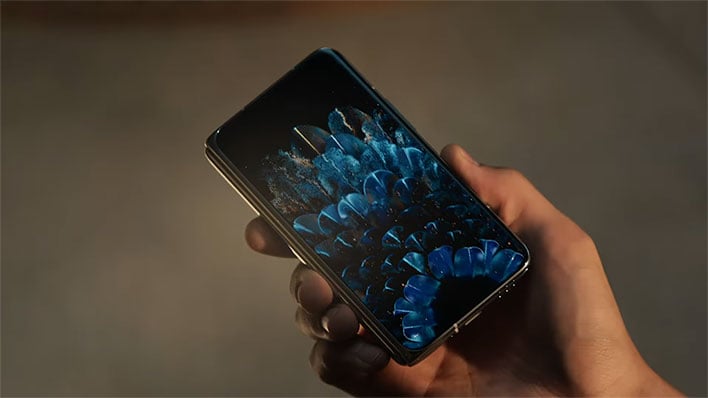 It's still a really good phone overall, it just can be better. How the Find N compares remains to be seen, but Lau is certainly building up expectations. He says the first-generation version of the Find N was actually built several years ago, but Oppo decided not to rush its release while suggesting that others took a different path.

"It is better to launch a product at a later date when it is ready to offer a great user experience instead of simply rushing to keep up with trends," Lau says. "As early as April 2018, the first generation of the Find N prototype was born internally. Although a handful of other brands have already introduced foldable devices to the market, barriers such as utility, durability and user experience continue to prevent foldable devices from becoming a more feasible daily driver for most people."
Color us intrigued. We'll find out more next week, though, as Lau says the Find N will launch on December 15 during the second day of the Oppo Inno Day event.