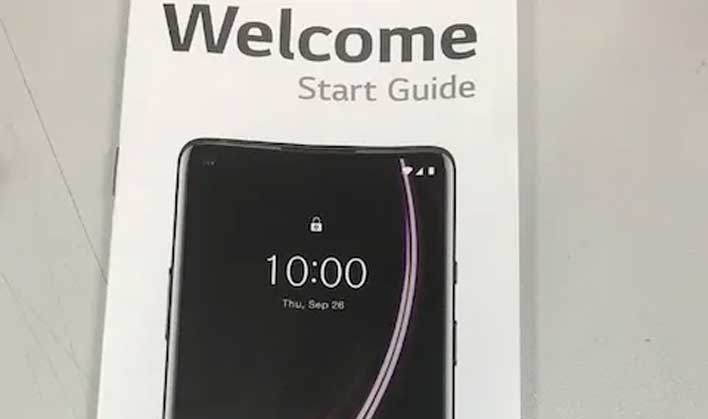 OnePlus has something up its sleeve for next week, and what exactly it is we don't know. OnePlus India is teasing an unveil for March 3rd. While we aren't sure what it is, OnePlus has reportedly made it clear that it's not a new phone or commercial product. The teaser video on the OnePlus India website shows something constructed out of metal, what exactly it is we have no idea, but it looks intricate with precision fit and finish, maybe a gimbal of some sort? But it's not a commercial product... We're perplexed.

We do know that the unveil isn't for the OnePlus 8 that fans of the brand are looking forward to. While the new product launch is a mystery, there has been something OnePlus 8 5G related that leaked recently. The alleged quick start guide has surfaced for the device on Weibo. The guide shows off the design of the smartphone with a virtually bezel-less display with curved glass and a small punch hole for the camera.

2020 is the year of surprises. Can you guess what's coming up? pic.twitter.com/EWWi1MEwo0

It looks a little like the Samsung Galaxy S9 with the hole punch front camera on the opposite side of the screen. We also can see an in-display fingerprint reader and a single rocker on one side side, presumably for volume, and a pair of buttons on the other side for screen lock/power and the beloved OnePlus silencer switch that slides up and down to set the phone in silent, vibrate or ring modes. This represents a traditional OnePlus button layout of course. We have heard some leaked specs for the OnePlus 8 family of devices in the past as well. 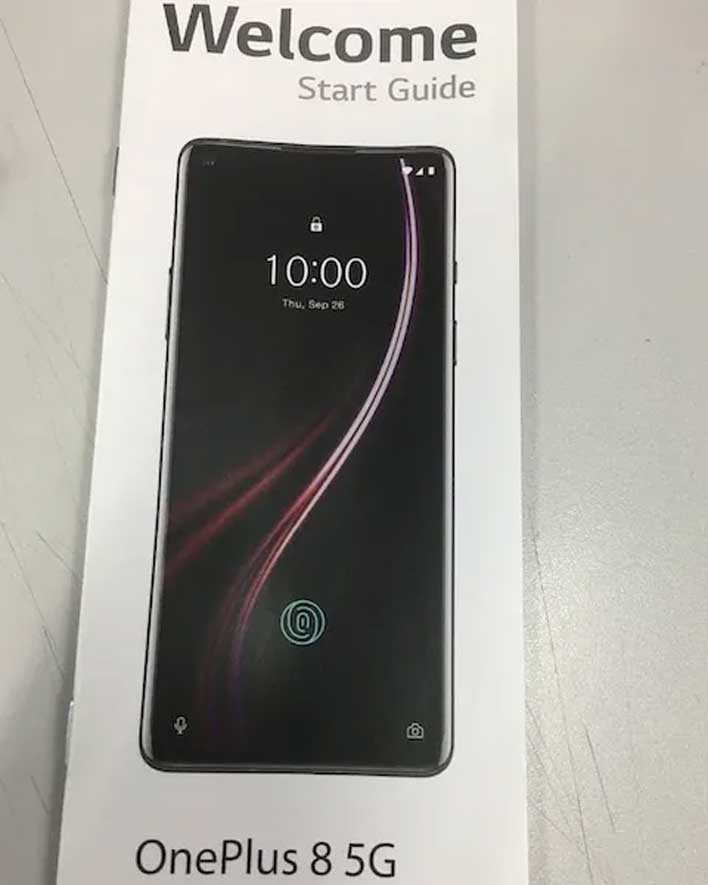 The new family is expected to include the OnePlus 8, OnePlus 8 Lite, and One Plus 8 Pro. Past rumors have suggested that the line will feature a Snapdragon 865 SoC with the 8 Pro version adding a Snapdragon X55 5G modem. The SoC will be paired with 8GB or 12GB of LPDDR5 RAM. Internal storage is tipped to include versions with 128GB or 256GB of space. Rumors also peg the display at 6.5-inches OLED with FHD+ resolution and up to a 120Hz refresh rate. Regardless, it also appears the 5G moniker will be added to most of the line-up presumably tipping that aforementioned Snapdragon chip pair will power the entire new family of OnePlus flagships.

Stay tuned here for more details, and eventually the a full review, once OnePlus ships out eval units to press.