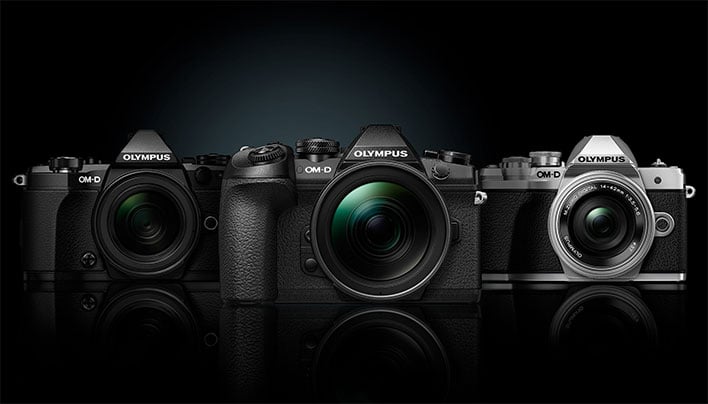 Nothing lasts forever, folks. Not the supposed 'Curse of the Bambino' that prevented the Boston Red Sox from winning a World Series title after the team traded away Babe Ruth, not Tom Brady's reign in New England, and not Toys R Us being the neighborhood toy store. Oh, and if another example is needed, Olympus is selling off its camera division.
What makes this particularly noteworthy is that Olympus has a been a mainstay in the camera business for 84 years—the company released its first camera, the Semi-Olympus I, way back in 1936. And then for the next eight and a half decades, it continued to introduce new models, including many digital SLR cameras in the digital era.
The ride is coming to an end. Olympus today announced it plans to sell off its camera business to a new company called NewCo, owned by Japan Industrial Partners, Inc. If the latter sounds familiar, it is because that is the same investment fund that purchased Sony's Vaio computer business around six and a half years ago.
As surprising as this may seem, it is also understandable, given that smartphone photography continues to improve. Smartphone cameras still do not rival high-end dedicated cameras, particularly DSLRs. But with some models now sporting 108-megapixel sensors, along with fancy features for nifty depth of field effects and nighttime photos, it is easy to see why Olympus is bowing out.
"Olympus has implemented measures to cope with the extremely severe digital camera market, due to, amongst others, rapid market shrink caused by the evolution of smartphones; Olympus has improved the cost structure by restructuring the manufacturing bases and focusing on high-value-added interchangeable lenses, aiming to rectify the earning structure to those that may continue generating profit even as sales dwindles. Despite all such efforts, Olympus’s Imaging business recorded operating losses for 3 consecutive fiscal years up to the term ended in March 2020," Olympus explained.

There is no mention of how much Olympus is selling its camera business for, only that it anticipates completing the deal by September 30, 2020. Olympus also says NewCo will continue to provide support for current Olympus camera customers.
Going forward, the company's focus will be almost entirely on medical equipment, including things like endoscopes, therapeutic energy devices, and various microscopes.