There are many names for this phenomenon, including "email storm" or "reply allpocalypse." Essentially the Reply All Storm that Microsoft is aiming to prevent happens when a large number of users on an email distribution list respond to emails with the reply all button. On a list with enough addresses, the reply all deluge can generate millions of email messages leading to slowdowns on the entire list. Replys could impact the performance of other services running on a shared server, while consuming enormous amounts of bandwidth. It's also extremely annoying to users who are caught in the storm of replies. One example happened in 2016 when a reply all storm spawned 186 million emails. 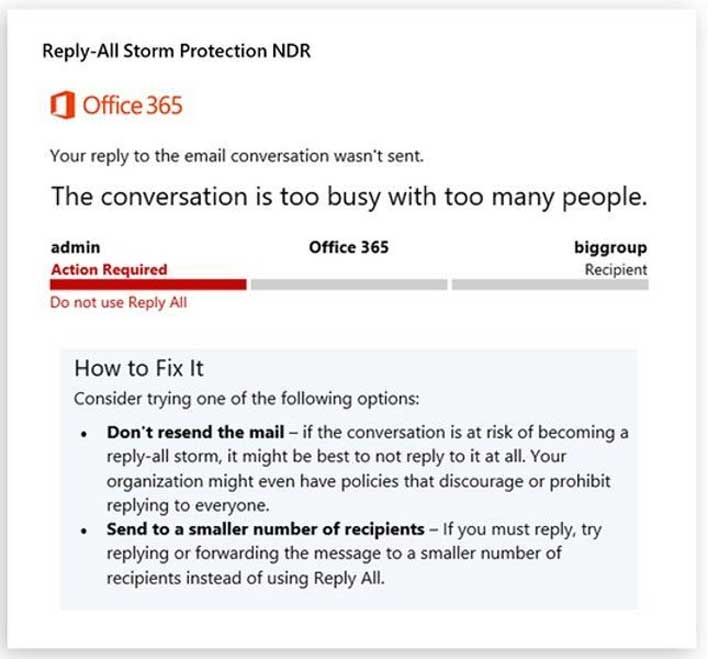 Microsoft says that initially, Reply All Storm Protection will mostly benefit large organizations with large distribution lists. When a likely reply all storm is happening on a large distribution list, the feature will block subsequent attempts to reply all to the thread and will return an NDR (non-delivery recipient) to the sender. The reply-all block will remain on the system for several hours once triggered.

Initially, the Reply All Storm Protection feature will assume a storm is taking place if ten reply all responses to over 5,000 recipients happen in 60 minutes. If that requirement is met, the system will block replies to the thread for the next four hours. Microsoft promises to tweak the system over time as it gathers usage telemetry and customer feedback.