Earlier this year, retro gamers and emulator fans got their hands on the Odroid-Go Advanced Black Edition, a portable emulator akin to a Nintendo Switch. Now, Odroid has announced another product, the Odroid-Go Super, which has some marked improvements and losses over the last device.

First, and most importantly, are the specs in this retro gaming console. This time around, though, not much is changing. The Odroid-Go Super retains the Rockchip RK3326 SoC with a quad-core ARM Cortex-A35 processor paired with a Mali-G31 MP2 GPU. It also still has 1GB of RAM and 16MB of flash memory for bootloading. However, the most noticeable upgrade is the screen, which has gone from 3.5” to 5”. The resolution has also increased to 854x480, which is a 2.5x increase in pixels.

Powering the whole device is a 4000mAh battery rather than a 3000mAh from the Odroid-Go Advanced. The Odroid team claims that “You can continuously play games for several hours depending on backlight brightness.” All in all, the only real loss in hardware is that there will not be WiFi onboard. You will be able to plug in a USB WiFi dongle, it seems, though. 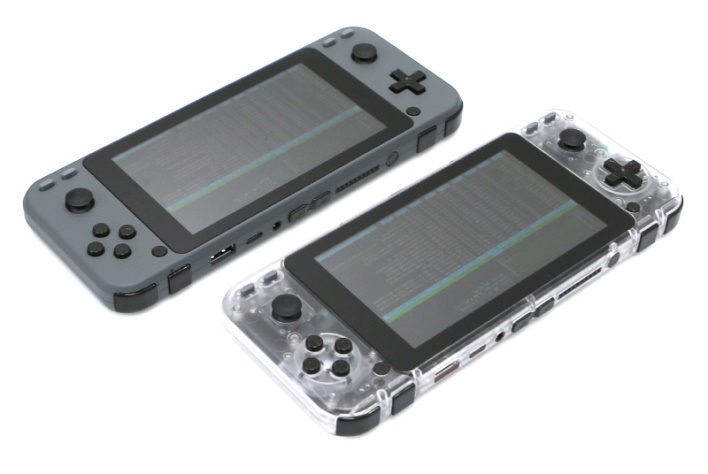 Around the outside of the device is a new, second analog joystick and dedicated volume buttons. The MicroSD slot has also changed, so it is now a push-push type or a spring eject slot. Another nicety is that the whole thing comes preassembled rather than being a DIY kit, so you can get right to gaming. If you want to pick one up to do some retro gaming on the go, you will be able to purchase the console at the end of January. You can choose either Dim Gray or Clear White for $80, which is a steal for any mobile gaming today.