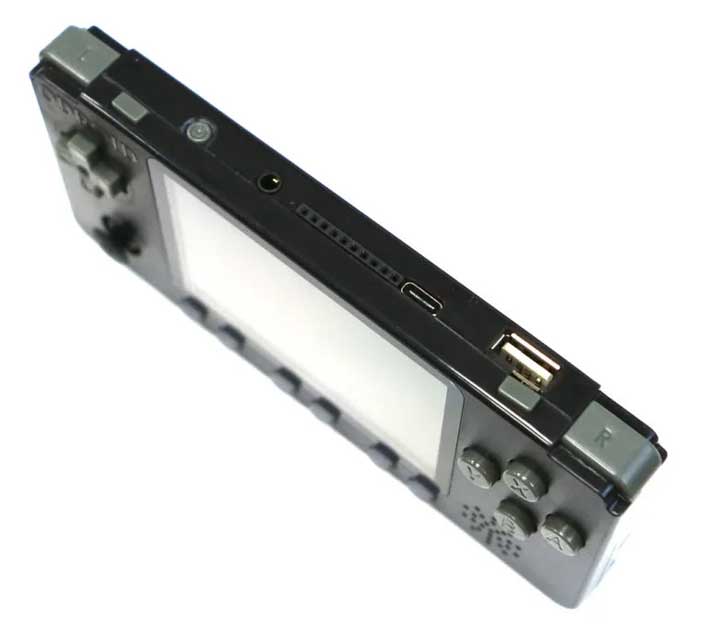 Retro gaming fans who want to be able to play their favorite classics on the go may want to check out the Odroid-Go Advanced Black Edition. The Black Edition is an upgrade to the Odroid-Go Advance that launched last year with key upgrades fans have been calling for. The significant upgrades compared to the previous generation include Wi-Fi and the elimination of the large barrel power port.

The portable retro gaming console is powered by a Rockchip RK3326 SoC featuring a quad-core ARM Cortex-A35 processor operating at 1.3 GHz with a Mali-G31 MP2 GPU. System memory is 1GB along with 16MB SPI Flash for bootloading and a microSD card slot for storage. The little display is a 3.5-inch unit with a resolution of 320x480.

The portable console has no onboard sound but does have a 3.5mm headphone port. One of the new features is 2.4 GHz 802.11 b/g/n Wi-Fi. The portable console has a single USB 2.0 host port, and power is via a USB Type-C port that doesn't support data transfers. Input buttons include F1, F2, F3, F4, F5, F6, A, B, X, Y, Direction Pad, Left Shoulder, Right Shoulder, Analog joystick, and R2 and L2 buttons that are new for the Black Edition. Power comes from a 3000 mAh Li-Polymer battery and the operating system is Ubuntu 20.04 with support for emulation of a range of Atari, Sega, Nintendo, and Sony consoles.

The price for the portable console is $59, with shipping scheduled for May 25. The old version is still out there, so fans wanting the new features need to be careful when they order that they're purchasing the Black Edition, which uses a black PCB while the original has a white PCB. Buyers can choose between black or clear white cases for the console hardware.