NZXT got its start making cases, but nowadays you can find the company selling cooling hardware, power supplies, motherboards, monitors, and other kinds of kit. You can even buy a pre-built PC from NZXT. The folks over there haven't started selling graphics cards yet, but it's possible that such a move is, ahem, in the cards—at least, judging by the company's tweet yesterday.

Yesterday's tweet is actually one of a few that the company has made recently in an attempt to gauge interest in additional NZXT-branded products. The timing of the graphics card tweet is interesting, though, because it comes along just a couple days after EVGA announced its exit from the graphics card business. 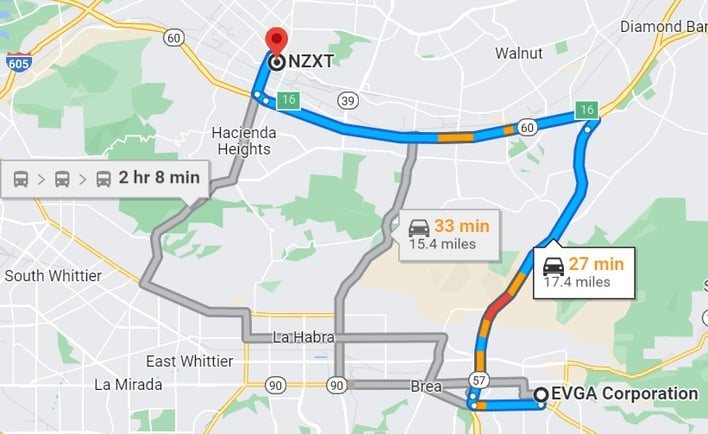 That's a lot of talent that's suddenly no longer needed at one of the larger graphics card manufacturers. Plus, EVGA's headquarters is in Brea, California—just a fifteen-mile drive from NZXT's headquarters in City of Industry. It wouldn't take a lot for the case manufacturers to snap up some of EVGA's top personnel and get to work making graphics cards.
Notably, EVGA is one of the graphics card brands that NZXT ships in its pre-built PCs and custom build kits. Shipping its own GPUs in its pre-built machines could improve NZXT's margins on said machines significantly. We're generally fans of NZXT's minimalist sense of style around here, and it's not hard to imagine an NZXT GPU being an almost Brutalist block of plastic and aluminum.

To get to the source of the matter, we went straight to the source itself: NZXT. We asked whether these tweets were just for fun or if they were indicative of something more. NZXT got back to us quickly and admitted that it has no plans to move into new product sectors in the immediate future but promised to let us know if that changes. Naturally, as soon as we hear something, you'll know too—as long as you keep reading HotHardware!