Over the next four days, Queen Elizabeth II will celebrate 70 years on the thrown in an event known as a Platinum Jubilee. It's quite the festivity and is further notable because this represents the first time a British Monarch has celebrated such an occasion. While most of you reading this will probably not be in attendance, NVIDIA has made it possible to celebrate virtually in Minecraft RTX with a special map.
The map, called NVIDIA Platinum Jubilee RTX Adventure, is basically a ray-traced street party situated at a fully digital recreation of Buckingham Palace and Pall Mall, the capital's most iconic landmark. 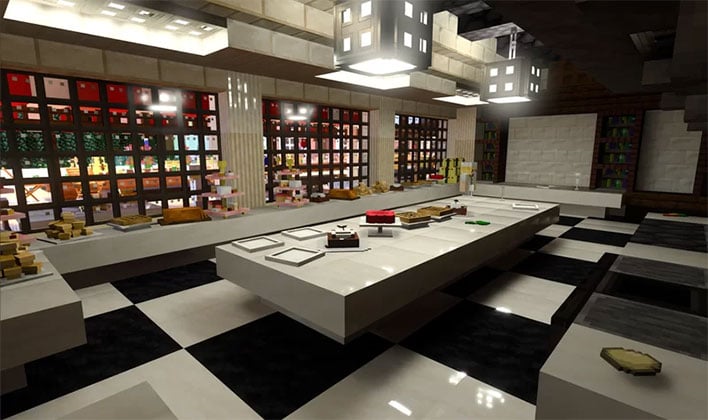 NVIDIA commissioned artist Ushio Tokura to bring the location to life in Minecraft RTX. Using unspecified GeForce RTX graphics cards, it took 650 hours over a two-week span to complete the project. The final result encompasses 45 million individual blocks and a sprawling virtual area of around 830,000 square miles.
"The festivities start at Pall Mall in London where crowds will gather next to the royal guards wearing special platinum colored jackets to mark the occasion. As players move down the Mall, they will be able to see Buckingham Palace and the Victoria Memorial—a monument to Queen Victoria—bathed in glorious pixel-perfect sunlight, thanks to ray-traced global illumination," NVIDIA explains.
Visitors will find the map decorated with bunting and balloons. There's also a street band providing musical entertainment, a bunch of activities to participate in (like pin the tail on the corgi), and of course cake, champagne, and sandwiches. 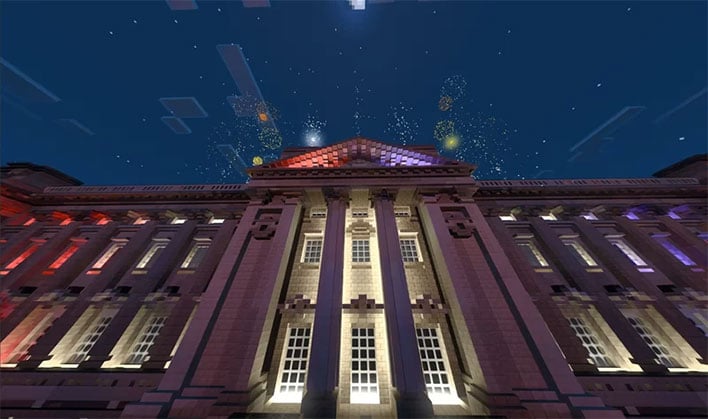 "No party would be complete without fireworks, as Buckingham Palace comes to life in the night world with an incredible fireworks and light show that uses real-time ray tracing to realistically light up the world around players by simulating the physical behavior of light, enabling reflections, shadows and other natural lighting effects," NVIDIA says.
For the uninitiated, Minecraft RTX is a whole new ray-traced world. We spent some hands-on time with the beta couple of years ago and were left slack-jawed with the visuals. They've only improved since then, and of course there are a lot more maps to play around in, such as this latest addition.
You can download the Platinum Jubilee RTX Adventure map for free at Planet Minecraft.