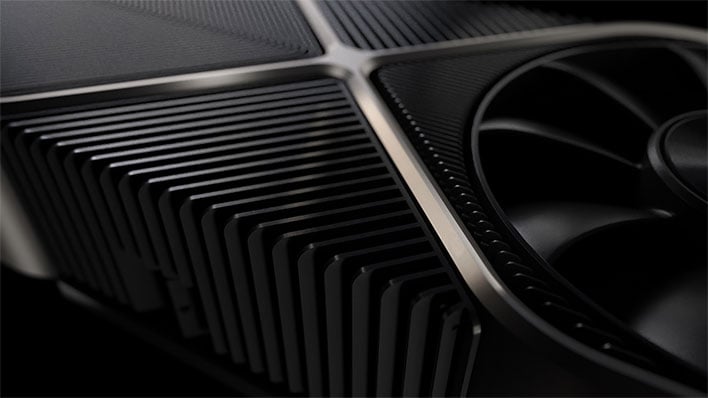 We have barely had a chance to acquaint ourselves with Ampere, with NVIDIA having launched its GeForce RTX 30 series relatively recently. Even so, the water cooler chatter has already turned to what comes next. Rumor has it there is a 5-nanometer "Lovelace" GPU architecture looming to eventually supplant Ampere, and it has been speculated that it could arrive with up to 18,432 CUDA cores.
Let's put that into perspective, shall we? The current-generation GeForce RTX 3090 is the fastest consumer card NVIDIA has ever launched. It is built around a GA102 Ampere GPU with 72 streaming multiprocessors and 10,496 CUDA cores, along with 328 texture mapping units, 112 render output units, 328 Tensor cores, and 82 dedicated ray tracing cores.
You can check out our GeForce RTX 3090 review to see what kinds of numbers it can put up in gaming, but simply put, it is the "single-fastest consumer GPU on the market currently, bar none," as we wrote. Now imagine nearly doubling the number of CUDA cores. For added reference, here is NVIDIA's current lineup...
Getting back to the rumored Lovelace GPU, this first appeared in an alleged roadmap last week, by prominent leaker and Twitter user @kopite7kimi. According to the leaker, NVIDIA had initially planned to launch a GPU named Hopper before Lovelace, but things have apparently changed, and Lovelace will debut first. Hopper will come out later, and could potentially be relegated strictly to the high performance computing (HPC) market.
The same leaker has now suggested that Lovelace could wield a 18,432 CUDA cores. Have a look...

It sounds more like speculation than inside information, but given the leaker's track record, it could speculation based on inside information. Unfortunately @kopite7kimi does not elaborate on the presumed 12*6 structure, but it is interesting all the same.
What this amounts to is a bump in graphics processing clusters (GPCs) to 12, versus a full-fat GA102 Ampere GPU having 7 GPCs. If that is accurate, Lovelace could potentially accommodate 72 texture processing clusters (TPCs) and 144 streaming multiprocessors, lending way to a whopping 18,432 CUDA cores.
That would be an absolute monster, if the information is accurate. And who really knows at this early stage. Bear in mind that Turing first launched in September 2018, while Ampere came out two years later. So this is an architecture that we might not see until the latter part of 2022.