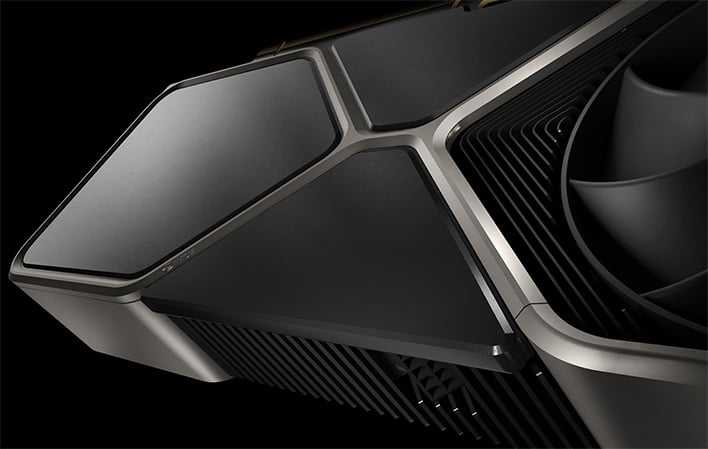 One thing we can say with reasonable confidence about NVIDIA's recently unveiled GeForce RTX 30 series is that more cards will be added to the mix as time goes on. As things stand, there are precisely three models: GeForce RTX 3090, GeForce RTX 3080, and GeForce RTX 3070. However, a fresh rumor is pointing to a GeForce RTX 3060 coming to the lineup in some way, shape. or form.
Before we get to the unannounced part, let's quickly recap the existing lineup. All three cards feature NVIDIA's newest generation Ampere GPU underneath the hood, built on Samsung's custom 8-nanometer (8N) manufacturing process. And all three are potent parts that promise to outperform last generation's GeForce RTX 2080 Ti.
Here's how the lineup shakes out...
Over on Twitter, leaker @kopite7kimi suggests a GeForce RTX 3060 Ti or GeForce RTX 3060 Super is inbound at some point, powered by a GA104-200 GPU. It is said to feature 4,864 CUDA cores and 8GB of GDDR6 memory.
To put that into further perspective, the GeForce RTX 2080 Ti features 4,352 CUDA cores and 11GB of GDDR6 memory, on a 352-bit memory bus. It is not mentioned how wide the bus width might be on the GeForce RTX 3060 Ti/Super, but if the leak is accurate, it will at least have more CUDA cores, and of course the improvements that Ampere brings over Turing.
We can also assume that the GeForce RTX 3060 Ti/Super will land somewhere south of $499, since that is what the GeForce RTX 3070 costs. Depending on how it performs, it could be an immensely popular graphics card, offering some killer bang for the buck.
It is also not clear when the GeForce RTX 3060 Ti/Super might come out. NVIDIA's aggressive pricing out of the gate means it can be patient with follow-up models, depending on what AMD delivers with Big Navi, and when those parts become available.