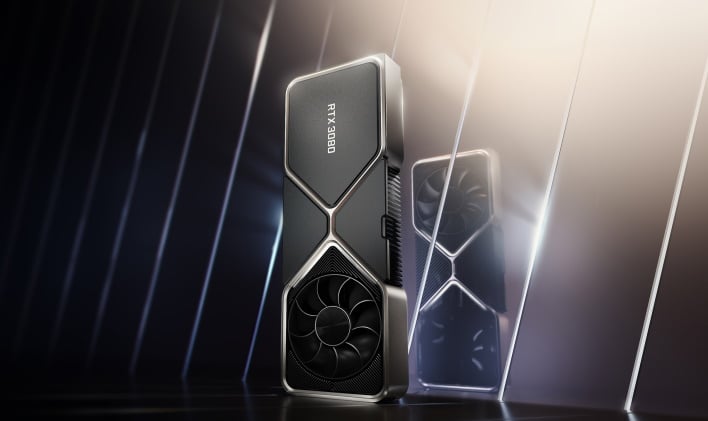 Now that AMD’s Radeon RX 6000 series is out in the wild, NVIDIA has some time to breathe and plan for its next GPU releases. NVIDIA's next GPU announcement may come sooner than previously thought as more leaks and rumors have begun to float around. Earlier in the month, several unannounced NVIDIA GeForce RTX cards appeared in an EEC filing. Now, the same cards outed there have shown up in a new place: an AIDA64 update.

On December 11th, Twitter user @KOMACHI_ENSAKA noticed that AIDA64 was getting a beta update that included unannounced GPUs. The cards listed in the beta may be based solely on rumors and speculation, but it would also make sense for a system information tool to know all upcoming devices.

Now, FinalWire, the company behind AIDA64, has pushed a full update to AIDA64 that includes these GPUs. Interestingly, the GeForce RTX 3070 mobile variants have been dropped off or omitted, and in their place is a rumored GeForce RTX 3070 Ti. Perhaps this is just an error, however, so take that information as you will.

According to prior rumors, we probably will not see any of these cards at until sometime in February. NVIDIA is likely sitting comfortably after seeing what the AMD Radeon RX 6000 series had to show against the NVIDIA GeForce RTX 30 Series lineup.