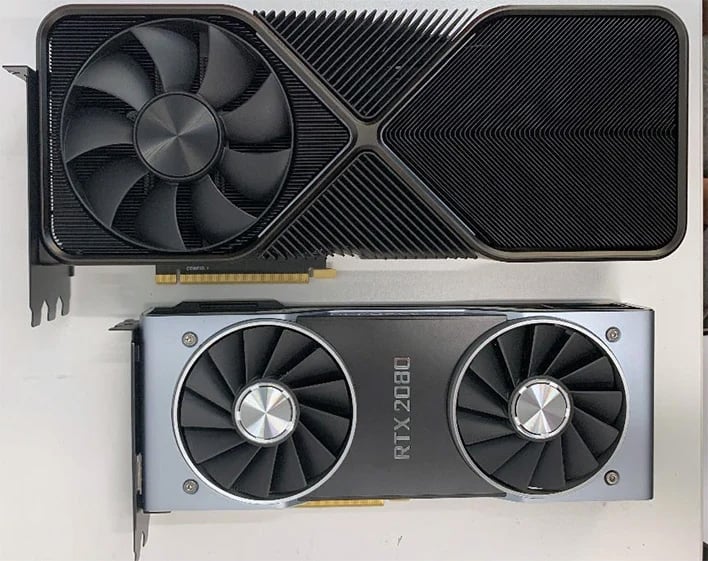 It's been a long time coming, but we're less than 24 hours away from the big launch of NVIDIA's next-generation GeForce RTX 30 Series family of graphics cards, aka Ampere. It's been roughly two years since NVIDIA launched Turing, which at the time were GPU monsters delivering massive gains in performance over their Pascal-based predecessors. Can NVIDIA do it again with Ampere?

If you want to find out, NVIDIA will be hosting its virtual launch event today at 12pm EST. At this time, NVIDIA has only provided a link to its Twitch channel as the official way of viewing the stream. It's likely that NVIDIA will also provide a YouTube livestream as well, and we'll update this article with that link if and when it does come through.

The future is approaching so quickly.

With that being said, quite a bit has already leaked out about the Ampere family of graphics cards, which will reportedly consist of the GeForce RTX 3070, GeForce RTX. 3080, and GeForce RTX 3090.

Specs for the GeForce RTX 3070 are a bit harder to come by, but it's rumored to include 8GB of 16Gbps GDDR6 memory with a 256-bit bus delivering 512GB/sec of bandwidth while operating within a 220W TDP.

We're eager to see what NVIDIA has in store for gamers, and are almost equally as excited to see how AMD counters with its Radeon "Big Navi" that is on track for release later this year.