NVIDIA has announced new and returning games coming to the GeForce NOW gaming service this week. In addition to announcing video games, it's also announce something that fans of the service in Europe may want to take advantage of. When GeForce NOW first launched in Europe, there were two membership tiers available, including the Free and Founders tiers. NVIDIA says that after the successful launch, the Founders tier reached capacity, and the memberships were discontinued.

Over the last several weeks, NVIDIA has been working to increase capacity and is now offering Founders memberships for £4.99 per month for the first 12 months. The memberships are available at the GeForce NOW website and give fans longer session lengths, front of the line access, and RTX On for supported games. NVIDIA is adding 19 games this week, including Satisfactory, which launched this week alongside its official launch on Steam. 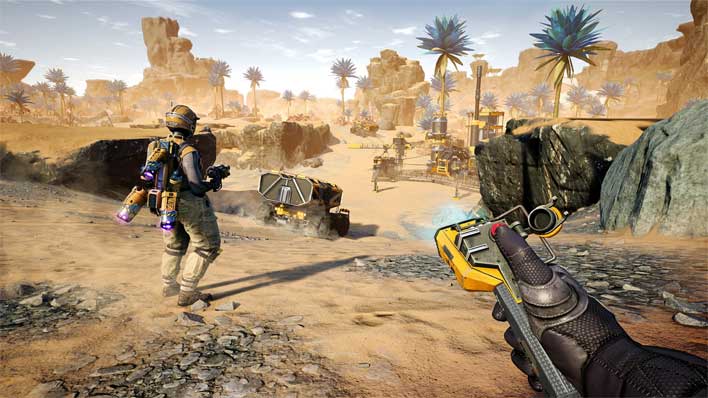 The game sounds like a rather strange, but interesting title, that offers players an open-world, first-person factory building game that has exploration and combat. Players explore an alien planet as they create multi-story factories alone or with friends. A number of games are also returning to GeForce NOW, the full list games includes:

Another interesting update is a change to the NVIDIA Highlights feature that adds smart pattern and image recognition from cloud servers to detect key moments in games. When a pivotal moment is detected, the NVIDIA Highlights service automatically captures and saves the highlight. PC users will start to gain support for the feature with Counter-Strike: Global Offensive as the first title.

Additional games will gain support for Highlights over time, and support will come to the Mac as well. NVIDIA GeForce NOW continues to grow its library with cool and interesting games and features. One of the more interesting games that NVIDIA has added in recent memory was the shark simulation game Maneater, added in late May.