Nobody likes it when a game freezes up or outright crashes (not even gaming masochists), so kudos to NVIDIA for pushing out a GeForce hotfix driver to address that very thing in a handful of popular titles. The hotfix also promises better overall stability in some specific games, and addresses a performance issue some people have observed in Red Dead Redemption 2.
As it applies to Red Dead Redemption 2, NVIDIA's latest GPU driver (version 516.59) can apparently lower the performance when using DLSS, compared to previous drivers. Applying the GeForce hotfix driver (version 516.79) addresses the issue. It's not clear exactly how much of a performance drop (or gain, with the hotfix) NVIDIA is talking about, but hey, every little bit helps, right? 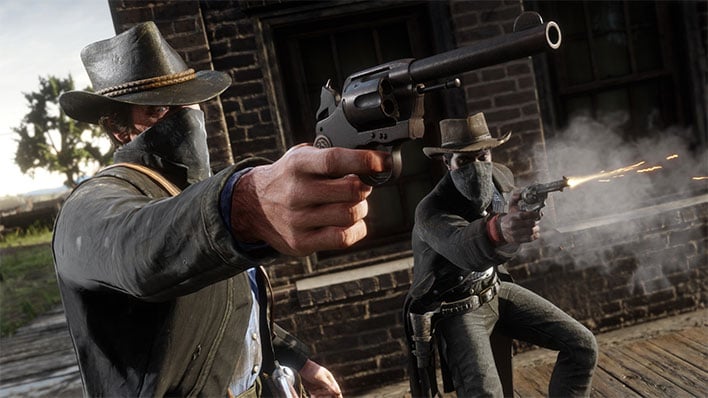 Here's the full list of games and fixes...
If you're not running into any of the above issues, you'd be fine to skip the hotfix, as it doesn't include anything else of note—there are no security patches, additional game optimizations, or anything else not listed above. On the flip side, if you've been pulling your hair trying to figure out why Overwatch or Destiny 2 has been freezing up, you might as well give the hotfix a whirl.
The only way to get the hotfix is through a manual download. NVIDIA's GeForce Experience doesn't fetch hotfix releases, nor will you find it when heading to NVIDIA's driver download page. The link to download the 516.79 hotfix can be found on the release notes page.
Alternatively, you can wait for NVIDIA's regular driver update, which should contain all of these same fixes.