Over the past few days, it was noticed that NVIDIA has made some changes to its marketing materials about what qualifies as a G-SYNC Ultimate display. It was previously assumed, based on the company's own wording, that a display needed a dedicated NVIDIA hardware module, HDR support, and a brightness rating of 1,000 nits (among other requirements like low latency and high refresh rates).

It was the 1000-nits spec for brightness that had been nixed from NVIDIA's specifications for G-SYNC Ultimate, which raised eyebrows. There was plenty of speculation as to why NVIDIA would make such a move, but the company looked to clear the air with an official statement to OC3D.

While the original G-SYNC Ultimate displays were 1000 nits with FALD, the newest displays, like OLED, deliver infinite contrast with only 600-700 nits, and advanced multi-zone edge-lit displays offer remarkable contrast with 600-700 nits. G-SYNC Ultimate was never defined by nits alone nor did it require a VESA DisplayHDR1000 certification. Regular G-SYNC displays are also powered by NVIDIA G-SYNC processors as well.

According to NVIDIA's statement, it was never a set-in-stone requirement for G-SYNC Ultimate displays to support VESA Display HDR 1000. And while NVIDIA had also proudly made a big deal about Full Array Local Dimming (FALD), this too was not a hard requirement for G-SYNC Ultimate. Instead, NVIDIA is now making the point that newer PC display technologies that are filtering down to enthusiasts -- like OLED panels -- are able to achieve the peak gaming experience that it set to create for gamers without the need to hit 1000 nits. 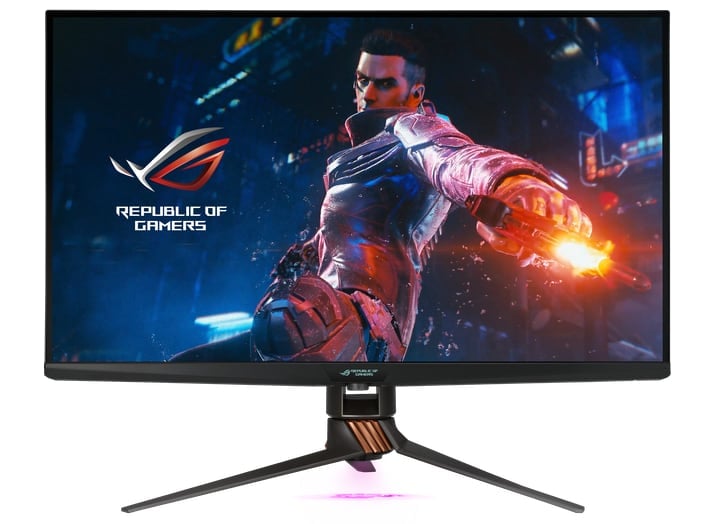 In fact, most PC-centric OLEDs can't come close to matching that 1000-nits figure, but they still are able to provide world-class HDR performance, contrast, and color reproduction. So many are probably asking, has NVIDIA actually downgraded the specs for G-SYNC Ultimate? Technically, the answer is “yes” since the 1000-nits spec has been nixed, but given that OLED displays can get by with far less, we'd say that this is a good change overall to be more inclusive of all available display technologies.

Look at the difference between this page (https://t.co/xbQ0rQDuQn) now vs. all the way back in... November 2020. Subtle removal of reference to 'Best HDR 1000 nits' and changed to 'Lifelife HDR' - without telling anybody. pic.twitter.com/mayHvebhfQ

The reason why this is even a "controversy" at all is due to NVIDIA's announcement last week of three new monitors that were listed as G-SYNC Ultimate certified: the ASUS PG32UQX, MSI MEG381CQR, and LG 34GP950G. While the ASUS hit 1400 nits, the latter two displays were "only" HDR 600 rated. Given NVIDIA's previous marketing on G-SYNC Ultimate, someone was bound to hit the rewind button to try to figure out what was going on...