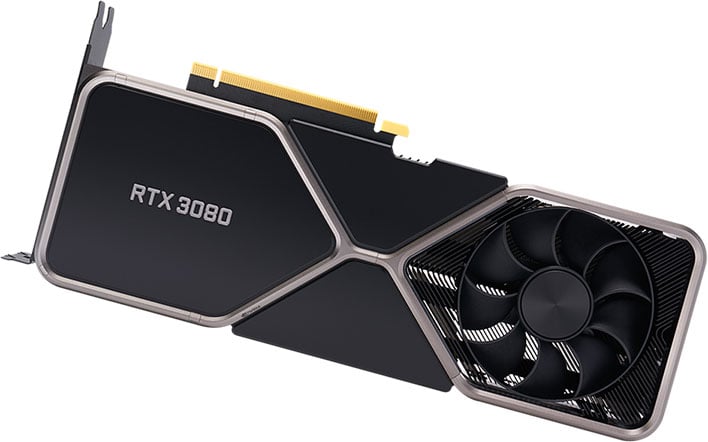 NVIDIA fired the first shot in the next-gen GPU wars with its Ampere cards, and namely the GeForce RTX 30 series for consumer desktops. Then AMD responded with Big Navi, or its Radeon RX 6000 series, with its own internal benchmarks showing highly competitive performance. So, what's next? NVIDIA might fire a second round of cards, including a GeForce RTX 3080 Ti, very soon.
We do not know this for sure, of course, because the rumor mill is not always accurate. That said, rumors and leaks related to more Ampere cards have been piling up lately—there's also talk of a GeForce RTX 3060 (and/or a Ti variant), and other models being in the pipeline. Trying to figure out what is real and what is not, is no easy task.
That said, let's talk about the rumored GeForce RTX 3080 Ti. The folks at HKEPC claim to have heard from a board manufacturing in Taiwan that the new SKU is coming, and will arrive in January of next year. According to the leak, NVIDIA will price the card at $999 (MSRP), which is the same price as the Radeon RX 6800 XT.
It would be an interesting addition that price, because the Radeon RX 6800 XT undercuts the cost of the GeForce RTX 3090 by $500, with AMD claiming comparable performance (we'll have to wait for reviews to see how it actually stacks up).
If the leaked information is accurate, the GeForce RTX 3080 Ti will be similarly configured to the GeForce RTX 3090, but with less memory—20GB of GDDR6X instead of 24GB of GDDR6X—a narrower 320-bit bus, compared to 384-bit, and no NVLink.