AMD's Ryzen 7000 series processors based on its Zen 4 architecture have a very unusual design to their integrated heatspreaders (IHS). If you're not careful, the notches on the sides of the IHS can trap thermal paste that squeezes over the edges. For folks who want to keep their new CPU squeaky-clean, Noctua has a solution: the NA-TPG1 "thermal paste guard for AMD AM5." 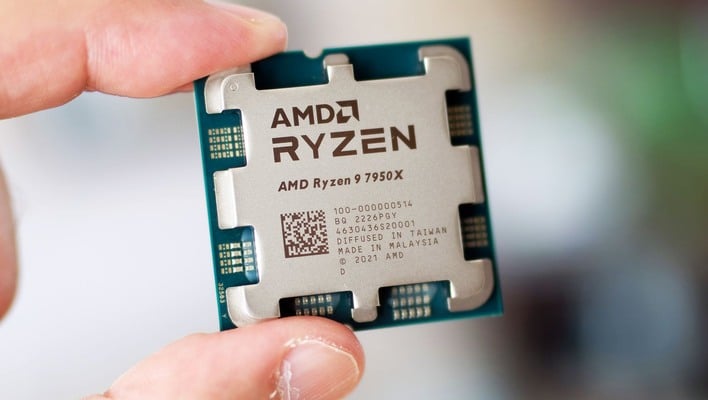 To explain the point of this product more thoroughly, well, rather than fully enclosing the die and top-side electronics, the IHS for the Zen 4 desktop processors has symmetrical cut-outs on all four sides to make room for small surface-mount components. If you're using goop for your thermal interface material, and you're not careful with the application, you can easily end up with said goop squeezed into the gaps in the IHS.


This doesn't really pose a hazard, exactly; even conductive thermal goop should generally be fine because the surface-mount components are wired through the CPU substrate and there are no exposed traces. Still, it's messy and doesn't look great, especially if you want to sell a used processor later. It's also a pain to clean due to the awkward shape of the gaps. 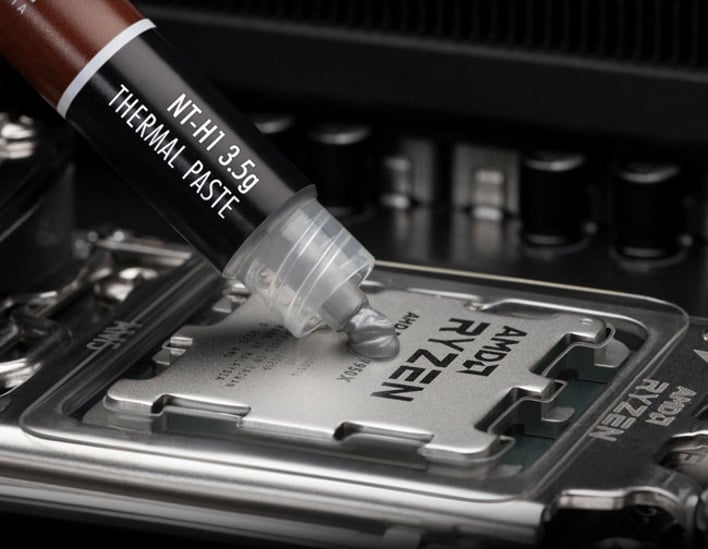 So, Noctua is selling the NA-TPG1 thermal paste guard. It's just a little plastic sheet that you slot down over the CPU after you install it in the socket and clamp down the Socket Actuation Module (SAM). It fits snugly around the CPU IHS. Given that it's just a flat, thin sheet of plastic, it'll be much easier to clean off than the CPU itself. We don't have one in hand of course, but Noctua says it forms a "tight seal" around the CPU and is intended to be left in place with the cooler installed over it.

The company will apparently be selling the NA-STPG1 as a stand-alone product in a kit with cleaning wipes, but it'll also be available as part of a pack with 3.5 grams of NT-H1 or NT-H2 thermal paste in an "AM5 Edition" release of those products. The standalone pack will be $7.90, while the bundles with thermal paste will be $13.90. All three will become available in December.