No Man's Sky Massive Frontiers Update Is Out Now, Here Is What's New

The 17th update to No Man's Sky has arrived, right on the heels of the procedurally generated game's fifth anniversary. Teased last month, the 3.6 "Frontiers" update is a monumentally big one, requiring a 6.6GB download on Steam, and as you might expect, it crams a whole lot of upgrades, new features, and bug fixes into the update.
Getting to 17 updates was not always a foregone conclusion, certainly not when No Man's Sky first released five years ago. The game tripped over itself at the outset, bringing with it numerous bugs and performance issues, and feeling incomplete despite four years of development. But to the credit of developer Hello Games, it has remained a work in progress and is vastly improved.


"Become Overseer of your very own procedurally generated alien settlement in update 3.6, Frontiers. Make choices, guide your citizens, develop new structures and defend your people from the Sentinels. Or, take advantage of a massive overhaul of base building to construct your own dream base," Hello Games explains.
There is a lot of excitement over this much-anticipated update. The release trailer, shown above, currently sits at 6,100 Likes to just 45 Dislikes, a ratio that anyone who posts videos to YouTube would be thrilled to achieve. And it is partly because No Man's Sky players were more than ready for some truly new content. They're getting it here. 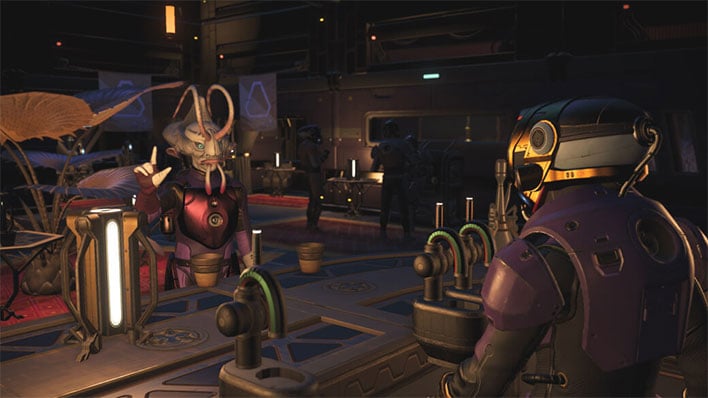 There are new alien settlements to explore and rule. Players can name towns and will have a variety of other tasks, like defending against attacks, keeping settlements out of debt, managing the layout, resolving disputes, managing festivals, greeting visitors, and generally just keeping the inhabitants happy and healthy.

Expanded Base-Building In No Man's Sky 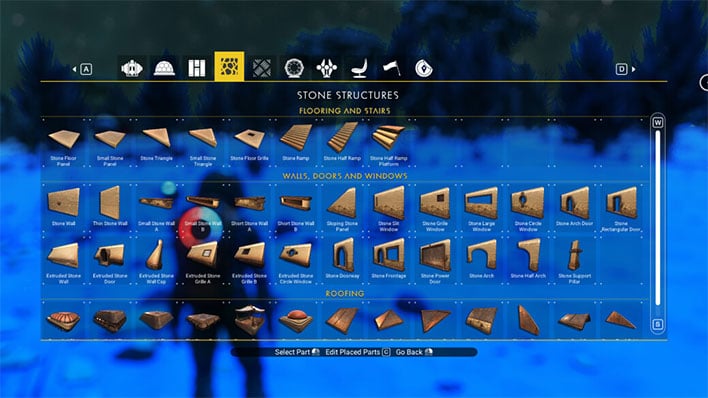 Base-building is expanded in the update as well. Hello Games replaced the building menu with a new grid of available parts to allow for a quick and easy preview of existing parts. There's also a new 'free placement mode' that disables the snapping feature, so parts can intersect with each other (and can even be placed in mid-air). Players will find over 250 new base-building parts, some of which are decorative while others are structural.
Hello Games applied a series of visual improvements as well. They include...
The Save/Load system is overhauled with the 3.6 update. On console, each save is treated as its own object, as opposed to bundling all five save slots together. Not to worry, though, Hello Games says all existing saves have been automatically backed up. The developer also said it addressed a "number of crashes" when saving or loading large and lengthy saved games.
A bunch of other bug fixes are included as well, in addition to various other improvements. And on top of it all, Hello Games says Season Three will begin soon, with new rewards in two.
You can check out the full list of changes in the No Man's Sky 3.6 release notes.