Do you ever look at your games library and wish you could organize them better? Sure, there are plenty of people who have that wish. Unfortunately for Nintendo Switch owners, this was impossible. Until now!


On Monday, March 21, 2022, Nintendo released an update to the best-selling console it has ever had, the Nintendo Switch. The update brings two major changes to the platform. The update includes changes to Bluetooth Audio volume behavior, including an increase in volume on some devices. If you want to know how to pair a Bluetooth device to your Switch, Nintendo made up a handy little guide. 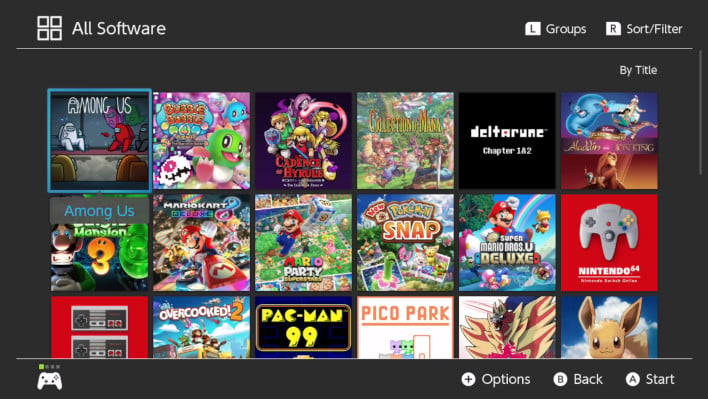 More exciting for those with a vast Switch games library is the addition of folders! Well, they are more accurately defined as groups. Thanks to this update, you can now create groups, give them a name, and assign software to them. Thanks, Nintendo! The 3DS and DS have had this feature since almost the beginning. It only took you five years to implement this on a newer platform.


Unlike the Nintendo 3DS and DS, the folders on the Switch actually have more functional limits. The DS version of folders, while limited to single alphanumeric characters for labels, are able to be moved and placed onto the Home screen of the device. This is not the case for the Nintendo Switch—your Groups are only available via the "All Software" panel. Yes, this is still useful if you have a lot of games, but it also means that if you don't have many you won't be able to take advantage of this feature. Additionally, the Groups are actually more or less hidden two menus in, first, you navigate to All Software, press L, then you can see your Groups. Not particularly intuitive if you ask us. 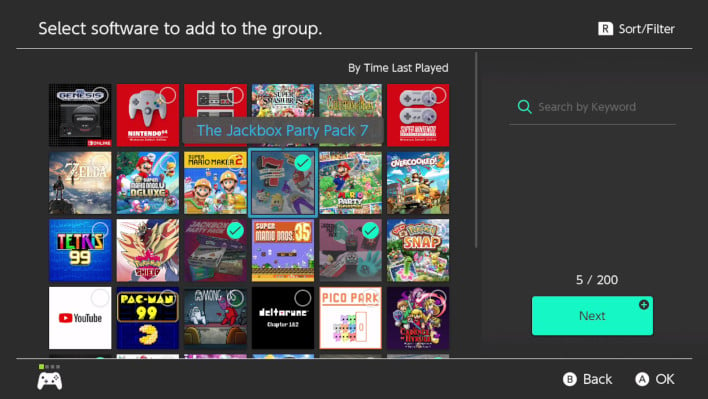 Still, any long-term Nintendo fan knows that with anything they produce you take what you can get. The addition of groups is definitely a help, but there are also definitely improvements to be made. We'd like to see the ability to have defined groups placed and pinned on our Home screen, you know like we could do on the DS, a device released 17 years ago.
In any event, you can check out the change log for the full list of changes.